Twitter Is On Fire With Memes After Big India Win

Google CEO Sundar Pichai congratulated India for "one of the greatest test series wins ever". 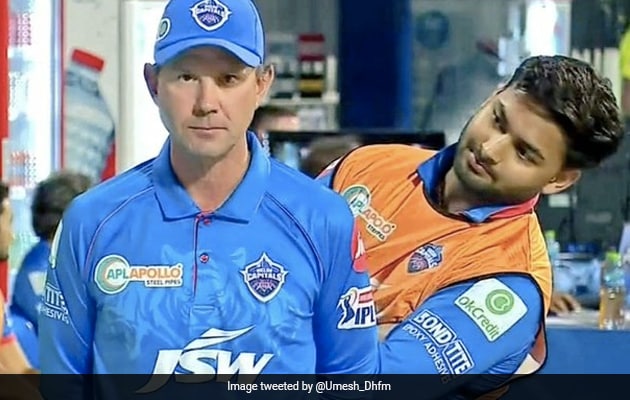 India pulled off a record run-chase in a thrilling final session to hand Australia their first defeat at Brisbane's Gabba ground since 1988 and clinch the four-Test series 2-1 on Tuesday. Australia had not been beaten at the Gabba since falling to Viv Richards' all-conquering West Indies side by nine wickets in November 1988, according to news agency AFP. "Fortress Gabba captured as #TeamIndia beat Australia and win the Border-Gavaskar Series 2-1," the BCCI tweeted.

The win has prompted a flurry of congratulatory messages for Team India from across the world.

Google CEO Sundar Pichai congratulated India for "one of the greatest test series wins ever" in a tweet.

One of the greatest test series wins ever. Congrats India and well played Australia, what a series #INDvsAUS

"What a victory! This Indian team enters amongst the PANTheons of one of the most gutsy, resilient and greatest teams ever," wrote businessman Harsh Goenka.

What a victory! This Indian team enters amongst the PANTheons of one of the most gutsy, resilient and greatest teams ever. #INDvAUS

The quote should now be modified, thanks to #TeamIndia
“Don't get mad, get on top..”
Jawaab ho to aisa! #IndiavsAustraliahttps://t.co/VtYBfu5N4H

Meanwhile, Babul Supriyo had some hilarious advice on how Australians could improve their game

It was a series so thrilling, even Netflix admitted it had everything.

This series had everything! ????#AUSvIND

On social media, the mood was celebratory. The series win led to a hilarious meme fest as fans expressed their happiness at the historic win using hashtags like #TeamIndia and #IndiavsAus. Take a look at some of the funniest India vs Australia memes that are going viral:

A series of events #INDvsAUSpic.twitter.com/k2wSoM6wEp

This one was the best from @ICC
Last time #Australia lost a #GabbaTest..
Baby #ViratKohli was 16 days old ????????
This win by #TeamIndia is indeed EPIC pic.twitter.com/4jSbuNkFRQ

Live scenes from the Gabba#Pant#AUSvINDpic.twitter.com/3gI2ZgShsa

Aus never loss test in gabba
Pant - Be like #INDvsAUSpic.twitter.com/gSlnvQVSzZ

#INDvsAUS
Paine : Can't wait to see you at the Gabba.
Indian team at the Gabba : pic.twitter.com/xD7I14iygk

"Spiderman Spiderman" also began to trend high on Twitter as tweets praising Rishabh Pant poured in. The wicketkeeper was heard singing the Hindi version of 'Spiderman' song on the fourth day of the Test.

Yesterday he was singing Spiderman Spiderman. Today he did a Spiderman ????????.
Pant ????❤️#AUSvINDpic.twitter.com/YZF0Zvu0GP

Australia: No one can defeat us in Gabba

Meanwhile, Tim Paine's "See you at Gabba" remark came back to haunt him - and how!

SEE YOU AT THE GABBA MATE.

*See you at the Gabba* pic.twitter.com/GsCkWEiMYu

India's 329 for seven also smashed the 69-year-old record for the biggest run-chase at the Gabba, set by Australia who scored 236 for seven to beat the West Indies in 1951.

The series win was a remarkable achievement considering India were bowled out for their lowest Test score of 36 to lose the first Test in Adelaide, before bouncing back to win the second in Melbourne.

"It Took A Chunk Out Of Our Motors": Great White Shark Bites Boat In Viral Video