Sundar Pichai Offered To 'Drop Everything' To Discuss An Emoji. Here's Why 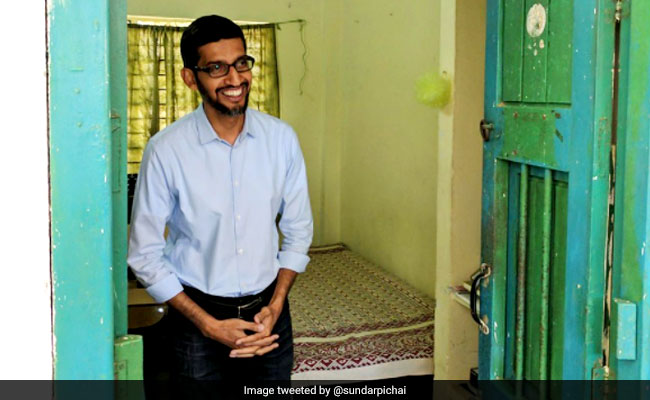 Sundar Pichai joked he would 'drop everything' to discuss an emoji at work on Monday. Find out why

We're not sure exactly how serious author and media analyst Thomas Baekdal was when he called for a discussion on the burger emoji, but a discussion is what he got. And much to Twitter's amusement, the discussion even got Google boss Sundar Pichai involved.

Promoted
Listen to the latest songs, only on JioSaavn.com
Roughly 14 hours before writing this, Mr Baekdal tweeted a screenshot of the burger emoji as displayed by Google and Apple, writing: "I think we need to have a discussion about how Google's burger emoji is placing the cheese underneath the burger, while Apple puts it on top."

I think we need to have a discussion about how Google's burger emoji is placing the cheese underneath the burger, while Apple puts it on top pic.twitter.com/PgXmCkY3Yc

Except it was retweeted over 1,000 times and generated quite the debate on Twitter:

Obviously, cheese must be on top of meat. But lettuce must be insulated by the tomato - so both are in the wrong.

They're both wrong. Google's cheese is wrong, Apple's lettuce is wrong. The correct order, from bottom up, is burger - cheese - toppings pic.twitter.com/lF1AUu64ht

The Samsung one is even worse. Lettuce *between* the burger and the cheese. pic.twitter.com/v5pLXllvJl

Mozilla solved the problem by totally avoiding the lettuce and tomato. pic.twitter.com/o5oUiu9Zcw

God damn .. Did I just wakeup to a first world problem and that too an emoji one. My god now I want to all emojis to be investigated.

Mr Baekdal's tweet even managed to elicit a response from Mr Pichai, who joked he would drop "everything" to discuss this most important matter at work on Monday. Except the offer came with a caveat.

Will drop everything else we are doing and address on Monday:) if folks can agree on the correct way to do this! https://t.co/dXRuZnX1Ag

If Sundar says they'll do it, then consider it bun

So proud to work at a company which has it's priorities right.

Trust Sundar to diffuse any situation

Meanwhile, a number of thrilled desi Twitterati usurped the burger emoji discussion to call for a vada pav emoji, because, priorities!

That's why you need a Vada Pav emoji. pic.twitter.com/4feMkg8VEG

That's why in India we go for Vadapav instead. No confusion.