Over 7 million views for this touching video. 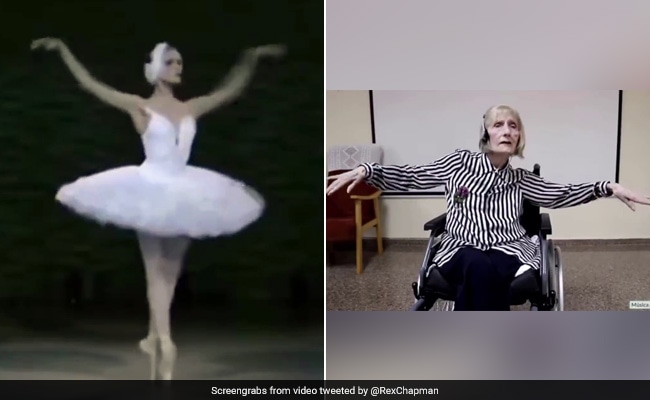 Marta Gonzalez remembered the choreography she performed at the height of her career on hearing music.

A moving video shows the moment a former prima ballerina with Alzheimer's remembered the choreography to Swan Lake on listening to music.

Marta C Gonzalez, who died in 2019, was filmed sitting in her wheelchair at a care home in Valencia, reports Daily Mail. Ms Gonzalez was a prima ballerina with the New York Ballet in the 1960s.

In the video, which has gone massively viral online, a carer gave her headphones and played Tschaikovsky's Swan Lake.

A video of the uplifting moment has gone massively viral online. Watch the clip below:

Break out the tissues.

She listens to Swan Lake and it all comes back to her...pic.twitter.com/KexC506Q4w

Since being posted on Twitter, the emotional video has garnered over 7 million views and thousands of touched comments.

"Muscle memory is an extraordinary thing. This example is sublime and glorious," wrote one person in the comments section.

"I knew this was going to be difficult for me to watch (my mom has dementia and I haven't seen her in 8 months) but I did it anyway. Because moments like this are precious and should always, always be celebrated," another said.

The video was captured before Ms Gonzalez died in 2019. It was shared online by the Asociacion Musica para Despertar, a Spanish charity.