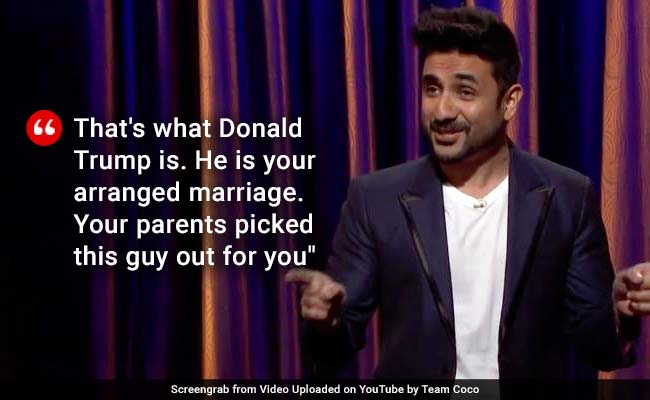 New Delhi: There is no doubt that Vir Das is one of the funniest guys in the business. The 37-year-old is currently basking in the glory of being the first Indian comedian to have his own show on Netflix. Called 'Abroad Understanding', the show follows the actor-comedian doing a sketch in two cities - New Delhi and New York. The show went live on Tuesday on Netflix and to mark the release of the show, the comedian made his first appearance on late night show Conan, hosted by Conan O'Brien. And he pretty much killed it.

In his five-minute set the comedian spoke about everything about from religion to Indian accents. But it was his brave dig at US President Donald Trump that got the most laughs. The comedian said Donald Trump is America's version of an 'arranged marriage'.


The comments on the video, that was seen by over 2 million, were all praise for his jokes.