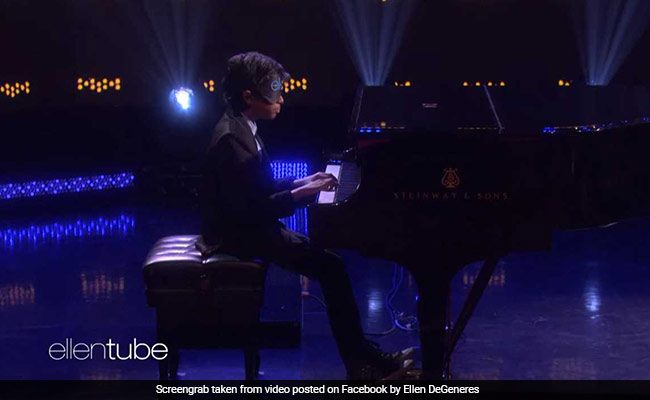 He's only 13, but Lydian Nadhaswaram has already made a name for himself. The piano prodigy from Chennai, after impressing A R Rahman with his musical talent and wowing the world with his appearance on the US talent show The World's Best, made his debut on The Ellen Show. A video shared by Ellen DeGeneres on Facebook, which features a segment from the show where Lydian stuns the audience by playing the piano blindfolded, has now gone viral with over 2.6 million views.

In this video, Lydian tells Ellen that he can play two songs on two different pianos simultaneously. "So, it's like, uh, for example in my left hand I can play Mission Impossible, and on my right hand, I can play Harry Potter simultaneously. So both are different time signatures," he says.

He then goes on to wow viewers by playing Mozart's "Turkish March" blindfolded.

His performance definitely left everyone watching impressed, and he received a standing ovation at the end of it. Since being shared online, the video has collected 2.6 million views, along with 49,000 'likes' and thousands of comments.

"His talent is incredible, but his sincerity and kindness are even better," wrote one person on Facebook. "Sweet, polite, smart and talented child!" said another.

According to TEDx, Lydian started on his musical journey as a 2-year-old who took to drums. Today, along with the piano, he can also play mrudangam, guitar and tabla.