Busy On Phone, Driver Crashes Into River 10 Minutes After Getting License

The driver was on his phone responding to congratulatory text messages when he drove into a river. 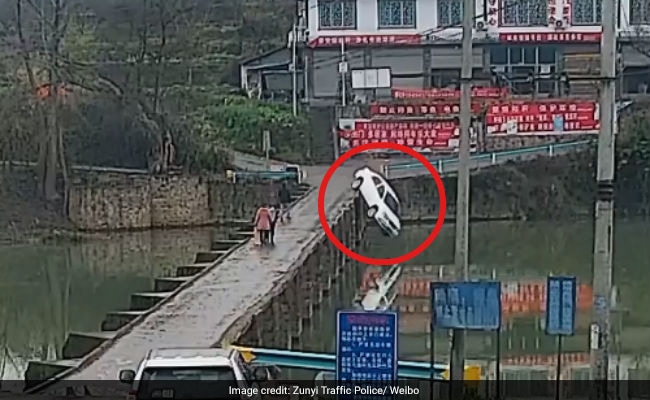 A driver was filmed crashing his car into a river in China.

A man in China drove his car straight into a river just 10 minutes after passing his driving test. The driver, identified only by his last name Zhang, was filmed on security cameras veering off a narrow bridge with no guardrails and crashing into water. He was reportedly busy on his phone responding to congratulatory text messages which he had received for getting his driving license when the accident happened.

According to Daily Mail, the incident occurred on February 21 in the Chinese city of Zunyi. The Zunyi Traffic Police shared photos of the crash on Chinese social media platform Weibo, writing that the car's owner had received his license just 10 minutes before the crash.

"While I was driving, I tried to grab my phone and read some messages while two people were in front of me on the bridge," Mr Zhang said, according to Fox News. "I became nervous and turned left suddenly."

"I had only put on my new plate and driven for some 10 minutes when I crashed," he said.

Luckily, Mr Zhang managed to escape after kicking the car door open. He and his car were lifted out of the river with the help of a crane. He suffered a dislocated shoulder in the accident. 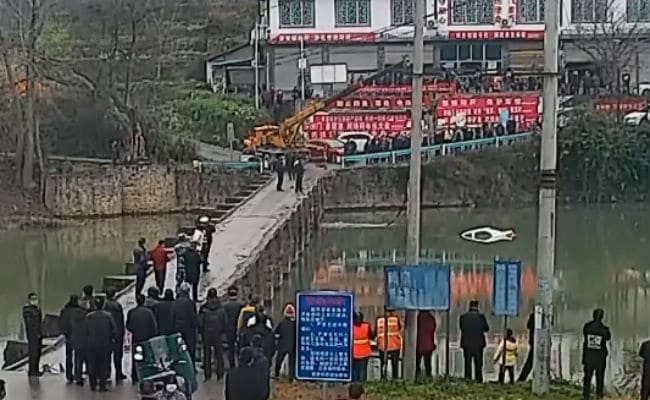 Police are carrying out further investigation into the incident.

This is not the first time a distracted driver has gotten into an accident. In 2017, a man, busy on his phone while riding a scooter, drove right into a massive sinkhole.