On Twitter, the cab company said a technical glitch was to blame for the error 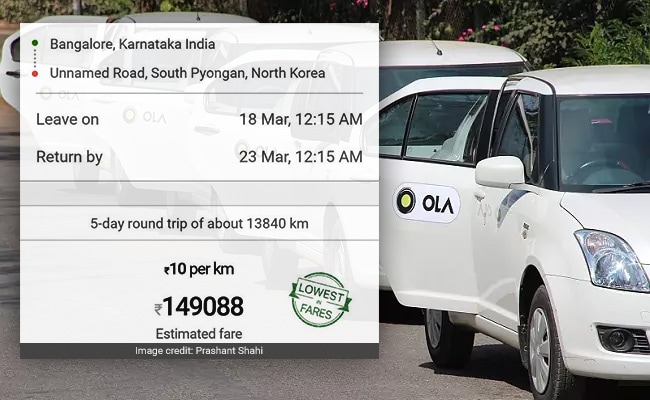 New Delhi: North Korea remains one of the most secretive, tightly-controlled countries in the world. But a Bengaluru student was able to book a cab (oh yes, a cab) to the world's most elusive country with just a click. Estimated cost of the round trip? Rs 1.4 lakh. Perhaps a small price to pay for one of the most inaccessible places on earth.

On Saturday night, 21-year-old Prashant Shahi managed to a book a cab ride via Ola from his home in Bengaluru to South Pyongan, North Korea. The student says the realisation that it was even possible to do so was totally by chance.

"North Korea had been trending all over the news... I once opened the Ola app instead of Google Maps to check North Korea's road connectivity to South Korea. There, I noticed was the option for booking a cab. I was surprised to see it possible myself," he tells NDTV. 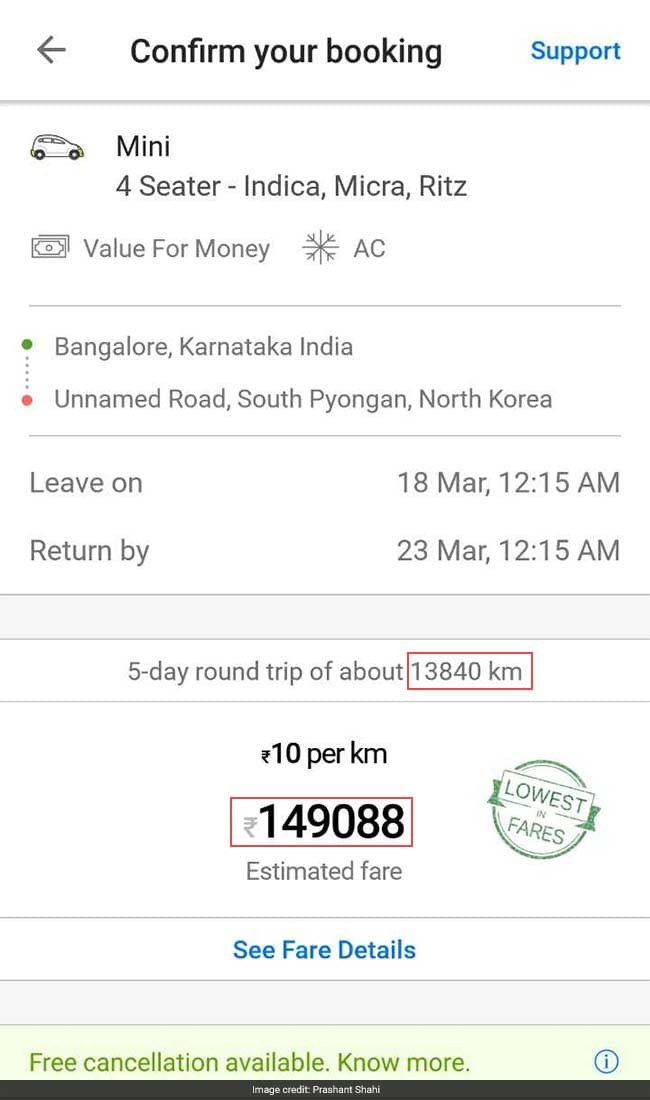 According to screenshots shared with NDTV, the cab company confirmed the ride and even sent driver details to the rider. The estimated fare for the five day road trip was a whopping Rs 1,49,088. We guess that's without surge pricing 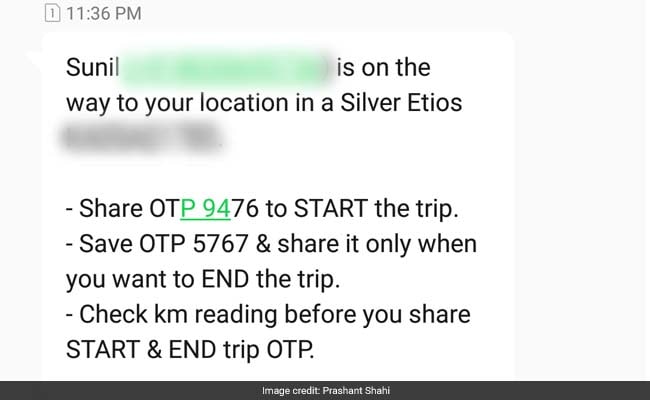 The student shared screenshots of the glitch with his friends before flagging off the issue to the cab company on Twitter. His tweet failed to get a response.

Trip to #NorthKorea from #Bangalore just at 149088. @Olacabs@Ola_Bangalore#Ola#Bugpic.twitter.com/lVcrOtclXS

Minutes later, another tweet by a person named Rohit Menda got Ola's attention to the bug.

How is this possible @Olacabs a trip to North Korea?
Please check your systems.#Olapic.twitter.com/wi92DObwGp

Responding to tweets, the cab company said it was a technical glitch and restarting the phone would solve the problem.

This seems to be a technical glitch. Please restart the phone and try again.

But as many pointed out, the glitch still existed as they shared screenshots of similar road trips they managed to book to far off lands including Norway and Canada among others.

Promoted
Listen to the latest songs, only on JioSaavn.com
Some saw the humour in the unfortunate error

And you can add insurance too... Simply 15 extra

When we tried, we were able to book an outstation cab by dropping the location pin in North Korea or Australia.

This isn't the first time a technical glitch has amused Ola cab riders. Last year, a Mumbai man was mistakenly billed 149 crores for a one minute ride.Click for more trending news