Guinness World Record revealed that he was also known as the "ear-haired teacher." 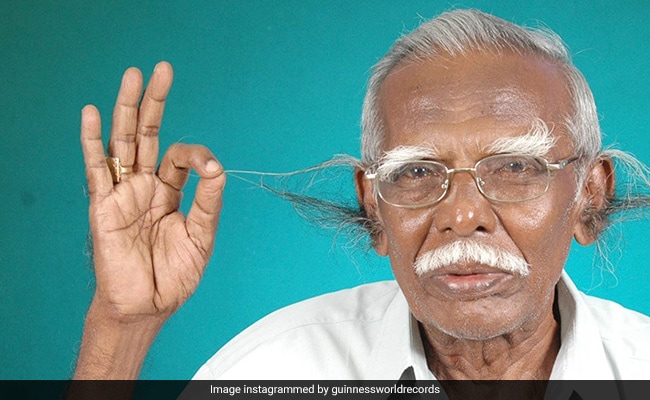 The incredibly hairy ears have sent the internet into a frenzy

A retired teacher from India, named Antony Victor has set Guinness World Record for unbroken longest-ear hair. Mr Victor has hair sprouting from the centre of his outer ears that measures 18.1 centimetres (7.12 inches) at its longest point. He holds the world record for having the world's longest ear hair since 2007. The Guinness World Record took to Instagram and shared the information about Mr Victor.

The incredibly hairy ears have sent the internet into a frenzy. A user commented, "I never shave anything in my body but I would certainly shave that." Another user commented, "This is not a record.. most men could manage to do this if their partner is blind enough to let them!"

"Next record about longest nose hair, then," the third user joked. "gross, cut that," the fourth expressed.

"My villagers r coming for breaking this record," read another comment.

Meanwhile, a couple from Argentina, Gabriela Peralta and Victor Hugo Peralta has set the Guinness World Record for the most body modifications. The married couple is passionate about tattoos and body modifications and so far they have about 98 of them.

Victor Hugo Peralta told Guinness World Records, "Enjoy life, enjoy the art. Tattoos don't make you a good or bad person - it's just art. There will be those who appreciate it and others who don't."