The video was shot at Ranaghat railway station in West Bengal 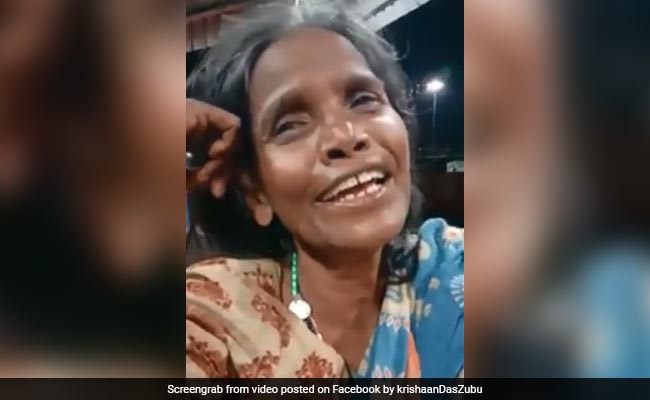 A video of a woman singing at Ranaghat station has gone viral online.

A video of a woman singing at a West Bengal railway station has captured the attention of millions. Just over two minutes long, the video shows the woman singing Ek Pyar Ka Nagma Hai. Her soulful rendition of the Lata Mangeshkar classic from the 1972 movie Shor has impressed many.

Listen to the melodious rendition of Ek Pyar Ka Nagma Hai below:

Since being shared online on Sunday, the video has collected over 2 million views and thousands of amazed comments. People can't stop praising the woman.

"She brought tears in my eyes. How beautiful she is and so is her voice," wrote one person in the comments section. "What a voice, how very expressive," said another. "Her voice is so beautiful," a third commented.

Two years ago, videos of a man singing Hindi classics at a railway station had gone similarly viral.