The aim is to make the railway station more accessible to people irrespective of their disabilities, a Western Railways official said 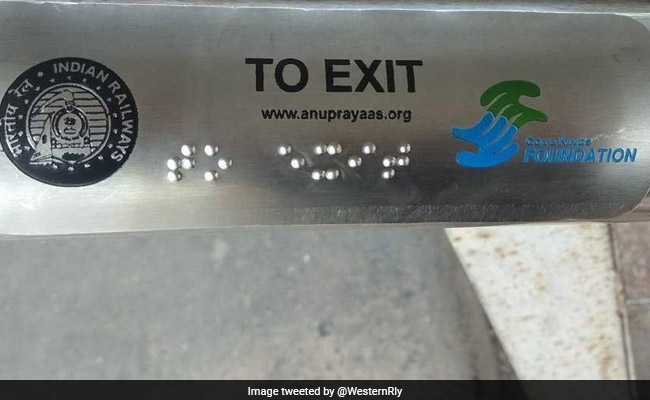 Mumbai's busy Borivali station has become 'blind-friendly' with the installation of braille-embossed railings and other facilities for visually-impaired people, a Western Railway (WR) official said Monday.

Western Railway, in association with an NGO and a travel company's philanthropic arm, has installed braille-embossed railings on foot-over bridges, entry and exit points and in subways at the station," he said.

Borivali station has been strategically selected for the project as it is used by both outstation passengers as well as local commuters in Mumbai, Mr Bhakar said.

"The railway staff will be trained to reach out to the passengers so that the facility is used optimally. The project is a step towards creating an easy, dignified and a seamless travel environment," he said.

The busy Andheri station in the western suburbs will also be made blind-friendly in near future and subsequently more stations will be taken up under the initiative, he added.