Meet Father And Son From Mumbai Who Graduated Together

Mumbai father son cleared their university exams this year. While Mohammed scored 46 per cent, his son scored 56 per cent. 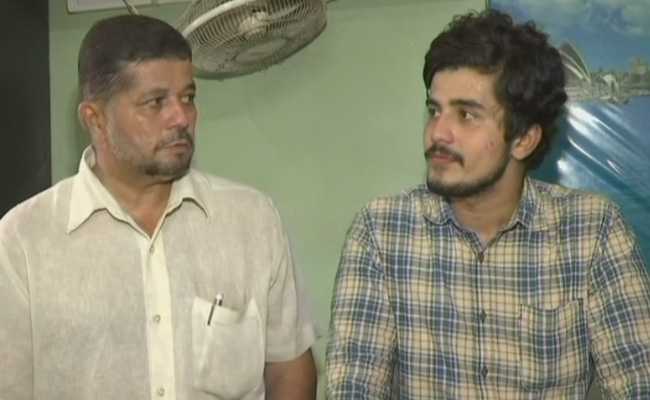 Father, a taxi driver, decided to pursue education to earn respect in society.

In one of the rare instances, a Mumbai father and son duo have graduated together. Their message, "There's no age for learning."

Juggling between work and study, a determined Mohammad, used to get up early and study before he got on to driving taxi. He was also regular in taking classes during the weekends.

"I used to clear whatever doubts he had. I am happy he has completed his graduation," Hazim said.

Fellow students and even teachers used to call him "uncle" in the university, but Mr Mohammed didn't have slightest of unease or hesitation to achieve his goal.

"Teachers in the university were my son's age, but I was happy to learn from them. Age cannot be a barrier to learning," Mr Mohammed said.

They both cleared the exams this year. While Mr Mohammed scored 46 per cent, his son scored 56 per cent.

Encouraging Mr Mohammed at every step was his wife. "I had never thought he will start again, but I am pleased to see how they both used to clear each other's doubts and study together," she told news agency ANI.

Mr Mohammed, who was once a junior clerk at a bank, had to discontinue his job after the company faced financial troubles. He had to depend on his "kaali-peeli" taxi to sustain his livelihood.

"With a graduation degree in hand, I have earned more respect in the society and also may also land up in another job," said a hopeful Mr Mohammed.