Apart from housing for dabbawalas, Ajit Pawar has also cleared a proposal for a 'dabbawala bhavan' which will function as a central office and showcase their skilful yet simple and ingenious system. 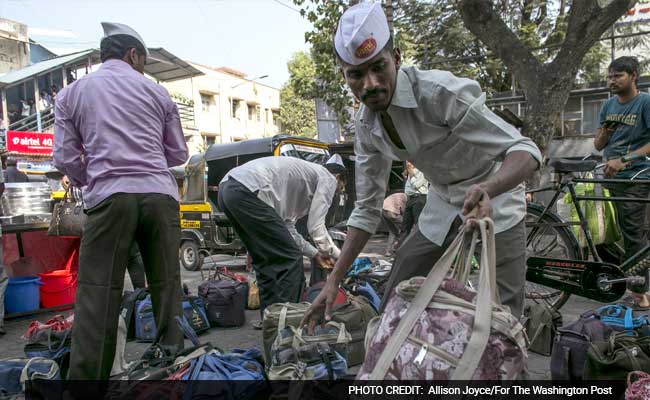 Mumbai's dabbawalas are famous across the world for their management skills

The world famous Mumbai dabbawalas will now have homes in the city as Maharashtra Deputy Chief Minister Ajit Pawar has ordered concerned departments to provide houses for them under the PM Awas Yojana - which aims to provide housing for all - as soon as possible. Most dabbawalas are originally from outside the city and they serve Mumbai with a level of efficiency that has impressed management experts across the world.

The dabbawalas have welcomed the announcement. Subhash Talekar, a representative of the dabbawalas, told reporters, "This has been a long pending demand of ours. Most of are from Pune district and Ajit Pawar knew of our demand. When he was deputy Chief Minister to Prithviraj Chavan he had requested him to address this but unfortunately for some reason it did not happen. Now that Ajit Dada (Pawar) is back as Deputy Chief Minister he has made the announcement and Chief Minister Uddhav Thackeray had also promised us that he would get this done if the Sena was elected to power. He has kept his promise. We thank both for this decision."

Apart from housing for dabbawalas, Mr Pawar has also cleared a proposal for a 'dabbawala bhavan' which will function as a central office and showcase their skilful yet simple and ingenious system. The dabbawalas are known for their error free delivery system and they've been studied by Harvard professors and visited by royals from all over the world. Two of them have even attended the wedding of the Prince Charles and Camilla Parker Bowles in 2005 as representatives of the dabbawalla community on an invitation from the royals.

Mumbai's dabbawalas are famous across the world for their management skills and unique system of marking which enables them to collect lunch boxes from homes of working professionals and deliver them on time in their offices. They deliver two lakh lunch boxes everyday but struggle with their own housing needs in Mumbai.

The housing for dabbawalas will be provided under Pradhan Mantri Awas Yojana or PMAY scheme that was launched in 2015 with the aim of providing housing for all in urban areas by year 2022. Through the scheme, the centre provides assistance to the implementing agencies through States/Union Territories (UTs) and Central Nodal Agencies (CNAs) for providing houses to all eligible families/ beneficiaries.

In an age of computer-controlled food delivery apps, dabbawalas have managed to hold their own in the Maximum City, where housing has often been a challenge for many of them. A 2010 study by the Harvard Business School graded their system as "Six Sigma", which means the dabbawalas make less than 3.4 mistakes per million transactions.