Read inOther Languages
This Article is From Apr 09, 2020

"Better Off In Jail": Bombay High Court To Bail Seeker Over Coronavirus

Coronavirus, COVID-19, Mumbai: You have no idea what is happening in the city, the High Court said. 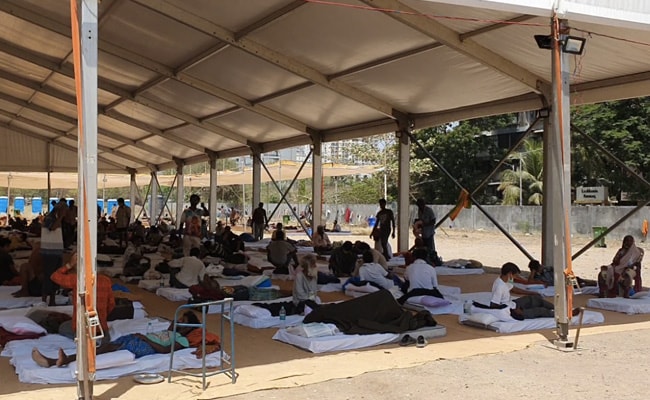 The Bombay High Court on Thursday refused to grant temporary bail to an accused, saying it cannot allow him to be released and put him at the risk of contracting coronavirus.

The situation in jail was much better than that in the city of Mumbai, Justice GS Patel observed while hearing a bail plea filed by Jitendra Mishra, a murder accused who is lodged in Taloja prison in Navi Mumbai for the last 18 months.

Mishra, a resident of suburban Ghatkopar, had sought temporary bail citing the pandemic.

Justice Patel, who heard the plea through video conference, told Mishra's lawyer Shailendra Singh that the applicant was "better off in jail".

"You (applicant) have no idea what is happening in the city. The jail authorities are better equipped than the municipal authorities outside, especially in Worli Naka (central Mumbai).

"Worli Naka is in a mess," the judge said.

Worli Koliwada in central Mumbai has emerged as one of the COVID-19 hotspots in the city.

The high court further said that it was aware of the direction given by the Supreme Court that wherever possible prisoners should be released, but it also needed to consider the situation in the city.

"The situation in the city does not warrant the release of the applicant. Several areas in the city are under severe lockdown. Hence, I cannot let a man leave Taloja jail and go to Ghatkopar and risk getting infected with coronavirus and also endanger others," Justice Patel said.