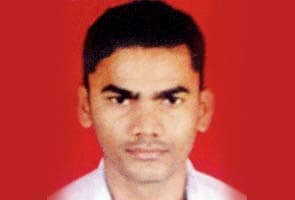 Mumbai: A massive search involving 400 cops for an abducted youth turned out to be a waste of time. The Dahisar police who conducted the search were left amazed and annoyed when they realised that the 'abductee' himself had staged the drama.

Arvind Mane (24), resident of Kajupada, Dahisar (East), cooked up the plan to extract money from his father, who had reduced his pocket money to Rs 20. His scheme fell through after cops traced his mobile phone.

Around 6 pm on January 19, said police officers, Arvind's mother received a text message informing her that her son was kidnapped and that if she wanted to see him alive, she would have to pay Rs 3 lakh. The mother quickly rushed to the cops informing them about the SMS.

"When Arvind's mother came to us, we immediately started the search," said Ansar Pirjade, senior inspector of the Dahisar (East) police station. They alerted all stations and urgently started tracing the phone from which the message was sent , as only last October, they had witnessed the case of Kaushik Jalawadia (20), who was kidnapped and later found dead in the Aarey Colony jungle.

Within four hours, police traced the mobile to a stationary auto rickshaw on the Western Express Highway and arrived at the location. On spotting the cops, Arvind flung the battery and the SIM card behind the rickshaw seat. At the police station, he said that the kidnapper had drugged him and he had no clue where he had been taken.

Sensing something amiss, the cops started questioning him intensely. A few hours later, Arvind broke down and confessed that he had staged the whole act as his father had reduced his pocket money, due to which his friends started distancing themselves from him. He was also angry that his father had taken away his car.

"After four hours when he was traced, it came to light that he himself had staged his kidnapping. He took this step because his parents had stopped his pocket money," said Pirjade.

Promoted
Listen to the latest songs, only on JioSaavn.com
The script
Arvind, who kept failing his HSC, was a pampered child. Being the only son, his parents would surrender to his every whim and fancy. His father, a teacher, recently purchased him a Toyota Innova. Arvind soon started spending all his pocket money on his friends. His father wanted him to get a proper education. But when he realised that Arvind was bunking his computer classes, he took away the car and reduced his pocket money to Rs 20.  Angered by his father's decision, Arvind staged the crime when the former left for Pune on work.