Three Detained for Rape, Murder of 32-Year-Old Woman in Lucknow 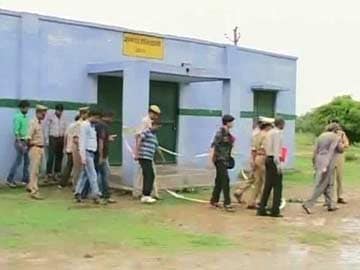 The naked, badly-mutilated body of the 32-year-old woman was found on the outskirts of Lucknow on Thursday.

Lucknow: Three people, including a security guard, have been detained in connection with the rape and murder of a 32-year-old woman in Uttar Pradesh's capital, Lucknow.

The naked, badly-mutilated body of the woman, a mother of two, was spotted by a watchman near a primary school in Mohanlalganj on the outskirts of the city on Thursday morning. Post-mortem revealed that she was killed the previous day.

The report said that the woman had died due to hemorrhage caused by multiple injuries - 12 including on her private parts - but did not confirm rape. But the nature of the injuries sustained qualifies as rape under the new law which was framed following the brutal gang-rape of a paramedic student on a moving bus in Delhi in 2012. She later succumbed to her injuries.

Cops say the 32-year-old used to work as a lab assistant in a prestigious hospital in the city. Her husband died three years ago after a prolonged illness.

The latest incident has yet again highlighted the alarming rise in crimes against women in the state run by the Akhilesh Yadav-led Samajwadi Party government. The chief minister has come under fire in the last few months over the deteriorating law and order situation, especially after a string of rapes including the ones in Badaun which sparked global outrage and condemnation.

But that hasn't stopped him and his father and party chief Mulayam Singh Yadav from making a series of callous comments.

"There are 21 crore people in Uttar Pradesh, yet the number of such rape cases are the least here," the senior Yadav said yesterday in response to the incident in Lucknow. (Read)

Opposition parties immediately seized upon the remark to slam Mr Yadav. "Even one such case is shameful. The government should ensure that not a single such case happens," said Congress's Rashid Alvi.
Comments
Lucknow murderLucknow rapeLucknow