3 Killed, 5 Injured In Blast At Oxygen Refilling Centre In Lucknow

The incident comes at a time when large parts of the country are reeling under a crisis of medical oxygen amid a spike in Covid-19 cases. 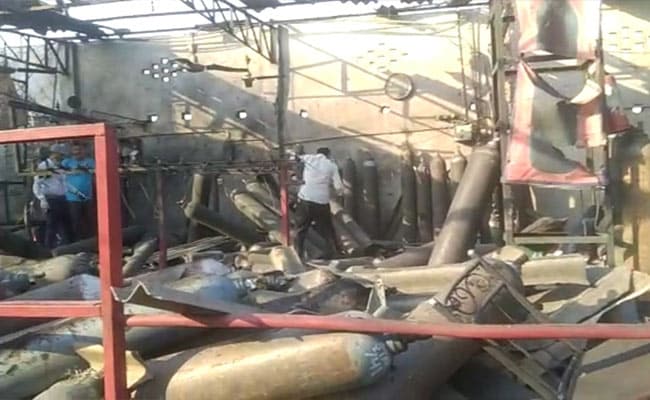 Photographs showed that the asbestos roof of the oxygen refilling unit had been partially blown off.

Three people were killed and five others were injured in an explosion at an oxygen refilling centre at Chinhat in Lucknow today afternoon.

According to senior officials in the administration, a cylinder exploded at the refilling centre around 3.30 pm.

Photographs from the site showed that the asbestos roof of the oxygen refilling unit had been partially blown off due to the blast.

Speaking to reporters, the District Magistrate said three people were killed and five injured in the cylinder blast. "The injured have been admitted to hospitals and rescue work is in progress," he said.

Asked about the possible cause behind the blast, he said a technical team is investigating the matter.

In response to a question, he said the process to identify the victims is on and preliminary information suggests that they worked at the refilling plant.

The Police Commissioner told the media that one of those injured is in a critical condition. "As per the information currently available with us, the blast probably occurred due to some defect in one of the cylinders," he said.

The incident comes at a time when large parts of the country are reeling under a crisis of medical oxygen amid a spike in Covid-19 cases.

Uttar Pradesh too is witnessing a surge in Covid-19 cases. In a bid to stem the spike in cases, the state government on Wednesday decided to increase the duration of the weekend lockdown till 7 am on May 10, according to an official spokesperson. "The corona curfew from Friday 8 pm to Tuesday 7 am, which was extended on May 3 for 48 hours and is in force till May 6 till 7 am has been further extended till Monday (May 10) 7 am," the spokesperson said.