The demonstration on the lines of Shaheen Bagh in Delhi began at Park Circus Maidan on January 7 with 60 women protesting against the Citizenship Act. 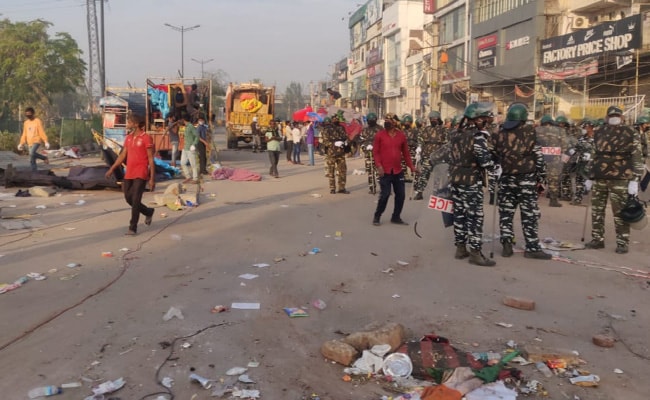 On a day when the police removed anti-CAA protesters from Shaheen Bagh in Delhi, agitators at the Bengal version of the Shaheen Bagh in Kolkata's Park Circus on Tuesday agreed to the state government's request and decided that only a batch of seven will contiue the stir till the coronavirus crisis ends.

About 50 women protesters have been holding a protest at Park Circus which will now come down to seven on a rotational basis in conformity with the state governmen's lockdown notification on coronavirus that not more than seven persons shall assemble together as part of the social distancing drill against COVID-19.

The demonstration on the lines of Shaheen Bagh in Delhi began at Park Circus Maidan on January 7 with 60 women protesting against the Citizenship (Amendment) Act.

Burqa clad protesters chanting "azadi" have been continuing with the agitation.

"We were requested by the government to stop the gathering of protesters and carry demonstration in smaller numbers on a rotational basis. This has been allowed by the government," said Asmat Jamil, one of the organisers of the dharna.

Seven people will sit at a safe distance from each other taking every precaution required, she said.

"We are fighting for our rights. The coronavirus outbreak is causing havoc across the world," Ms Jamil said.

BJP national secretary Rahul Sinha welcomed the move, but said the protest should be called off now as the country is facing an "emergency medical situation and this not a time for politics".