'Love jihad' is a term coined by some Hindu groups to refer to the alleged efforts by Muslim men to target women from other religious communities for conversion through love affairs. 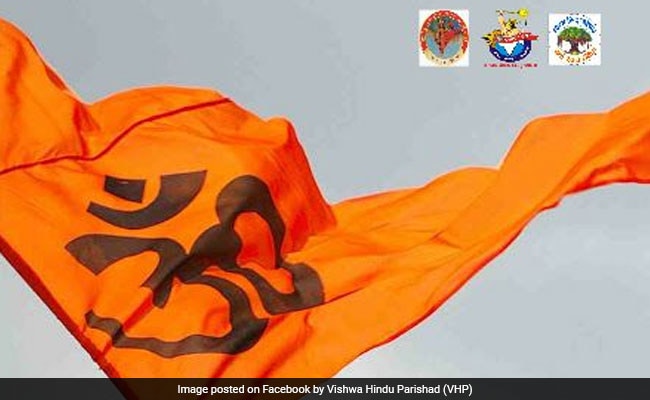 The VHP along with its youth wing would organise awareness campaigns. (Representational)

The Vishwa Hindu Parishad (VHP) on Tuesday said it would launch a campaign this month in various schools and colleges of West Bengal against the "ills of love jihad', inviting a strong rebuke from the ruling TMC, which asserted that "we will never allow the nefarious designs" of the Sangh Parivar to succeed.

The VHP, along with its youth wing, the Bajrang Dal, and women's wing, the Durga Vahini, would organise awareness campaign against "love jihad" and also use social media as a tool to reach out to the youth, VHP media convener Sourish Mukherjee said.

'Love jihad' is a term coined by some Hindu groups to refer to the alleged efforts by Muslim men to target women from other religious communities for conversion through love affairs.

"We will launch a state-wide campaign against the ills of 'love jihad' in the state from the middle of this month. The campaign would aware the youths about how love jihad is used to target our Hindu sisters. We will go to various schools and colleges and distribute pamphlets," Mr Mukherjee told PTI.

A senior VHP leader said the organisation is not against love but it is opposed to the idea of using it as a bait for conversion of Hindu girls.

"We intend to create awareness about this among the Hindu girls and their parents," the VHP leader said.

While the BJP state leadership declined to comment on the issue, the ruling TMC and the opposition CPI(M) and Congress came down heavily on the VHP for allegedly trying to create unrest in the state and divide people on religious lines by this move.

"The VHP, the BJP and the RSS for last few years have been trying to divide the people of Bengal on religious lines. But as long as the TMC is there, we will never allow those nefarious designs of Sangh Parivar to succeed," senior TMC leader Firhad Hakim said.

State Congress president Adhir Chowdhury said it is an alarming development and the state government should take steps to fight such elements.

"The organisations like the RSS and the VHP are gaining ground in Bengal as the TMC government is completely silent on them and is going soft while dealing with them. The state government should take steps to control such organisations," senior CPI(M) leader Sujan Chakraborty said.