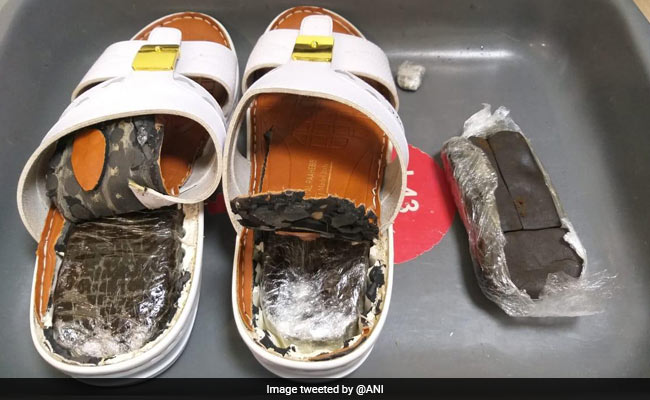 Officials found a total of 690 grams of hashish concealed in the sole of the man's slippers.

A Doha-bound passengers was arrested from the international airport in Kerala's Kannur on Friday for allegedly carrying hashish, estimated to be worth Rs 7 lakh.

Ajas Valiyaballath, a resident of Thayetheru, was arrested by Central Industrial Security Force personnel. He along with the seized drugs have been handed over to Narcotics Control Bureau for further legal action.

Rahul Gandhi In Kerala As Congress Firefights In Punjab