Both K Sudhakaran, the new Kerala Congress chief, and VD Satheesan, the recently appointed Leader of Opposition, have stayed away from factionalism. 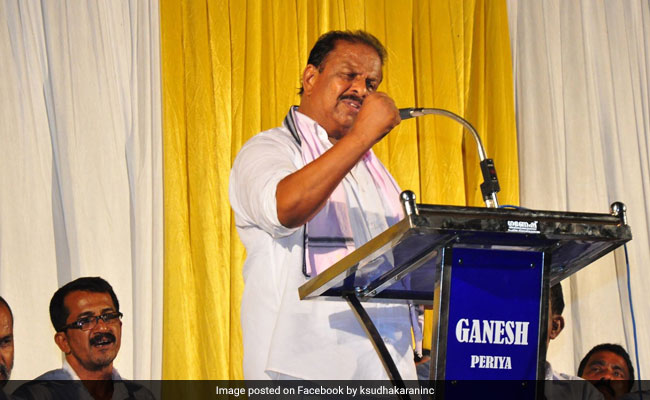 The appointment of Parliamentarian K Sudhakaran as the Congress's new state chief in Kerala, though not a surprise, is being viewed by party leaders as a deviation from its beaten path.

Breaking from the practice of the national chief consulting a few senior state leaders and naming a state head, a number of views were considered this time, Kerala's Leader of the Opposition VD Satheesan said.

"There was elaborate consultation with senior leaders, parliamentarians, and legislators -- a first for many of us," Mr Satheesan told NDTV.

The immediate challenge before the Congress, and for 73-year-old Mr Sudhakaran, currently the Kannur MP, is to revive morale, restructure the party organisation, and remain united. All these gain more importance now as it has been only weeks since the opposition United Democratic Front suffered a crushing defeat in the state assembly polls held in April.

"I accept this appointment with confidence. The party required my service to restructure the organisation and strengthen it. We will build workers at the booth level. The aim is to create a vibrant rank and file. I am confident of being able to do this," Mr Sudhakaran said.

The appointments of Mr Sudhakaran and Mr Satheesan are also an attempt to counter factionalism, a concern raised by several with the national leadership during one-on-one meetings, sources said.

These new leaders are not perceived to be loyal to any of the two main factions -- either the one involving former Chief Minister Oommen Chandy or Ramesh Chennithala who held Mr Satheesan's post till recently.

"We will give importance to meritorious selection. Party decisions will be taken beyond group loyalties," Mr Sudhakaran said.

"We accept that we have had a big setback...Our campaigns will be strengthened. Ground-level workers will be considered for every aspect. We'll organize the party, restructure it on a semi-cadre basis," Mr Satheesan said.

Back From Dubai, Kerala Man Arrested By NIA In Gold Smuggling Case