After the incident, the man brought the severed head to a police station and surrendered 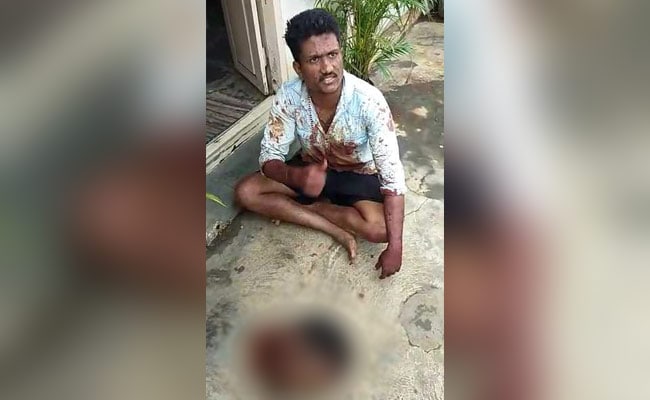 A man in Karnataka's Mandya district chopped off his friend's head after he allegedly tried to sexually assault his mother. After the incident, Pashupati brought Girish's severed head to a police station and surrendered.

This was the third such incident in Karnataka in the last one month. On Thursday, Aziz Khan, a resident of Srinivasapura, arrived at a police station with the severed head of a woman. He was reportedly in a relationship with her.

Earlier this month, a man walked into a police station in Chikmagalur with a severed head and surrendered before shocked policemen. The police said Satish had caught his wife with another man and beheaded her. The stranger managed to escape his swinging machete, but sustained a few injuries, the police said.

The man, the police said, showed no remorse. He was only sorry that he had not been able to kill his wife's lover.