Karnataka wants to use water for irrigation for the parched northern districts of the state, but Maharashtra and Goa are concerned that it would affect their supply of water from the river. 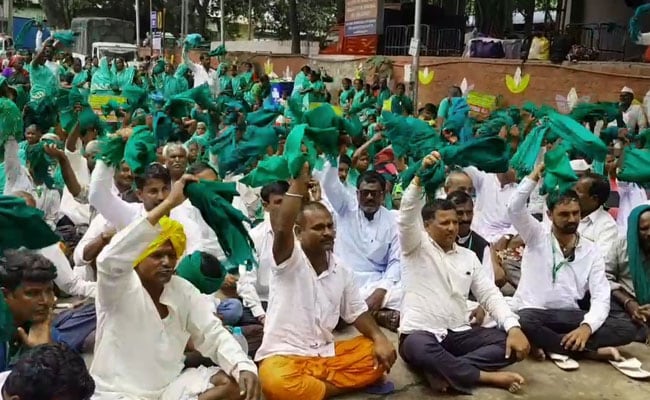 The Kalasa Banduri project on the Mahadayi river in Karnataka has been a tricky subject for years now between the states of Karnataka, Maharashtra and Goa.

Karnataka wants to use water for irrigation for the parched northern districts of the state, but the other two states are concerned that it would affect their supply of water from the river. The matter went to the water disputes tribunal and an order was given on water sharing in August last year with Karnataka being allowed to use 13.5 TMC feet of water. But there has not been much progress after the order was passed.

Farmers from the region which the project would benefit staged a protest in state capital, Bengaluru, on Thursday saying that despite the order there has still been no progress on the project. They were at the city's main railway station.

Veeresh Matta, State President, Raj Sena, told NDTV, "We have been protecting for four years but all three parties in the state, when they were in power, failed to implement it. Finally, the court awarded 8 TMC of water for power generation and five and a half TMC for drinking - a total of 13.5 TMC feet of water was awarded by the court. It has been 15 months since that decision but the Centre has still not issued the order."

The farmers' leader said there was no point in talking to politicians so they had come to meet the Governor instead.

"We have come to give a memorandum to the Governor to move this forward. He hasn't met us yet. We will be here until we meet him," he said.

Lachava, one of the women farmers taking part in the protest told NDTV, "We have come here for water. The order came in August, but neither the Central nor the state government is helping us. That is why we have come to meet the Governor."

The farmers were unable to meet the Governor on Thursday and they spent the night at the railway station. They hope their continued presence in Bengaluru will draw attention to their demands.