Will Provide Stable Government For Next 5 Years: HD Kumaraswamy

Seeking a breathing time to settle down and get the official machinery cracking, HD Kumaraswamy said he and Deputy Chief Minister G Parameshwara have been working overtime. 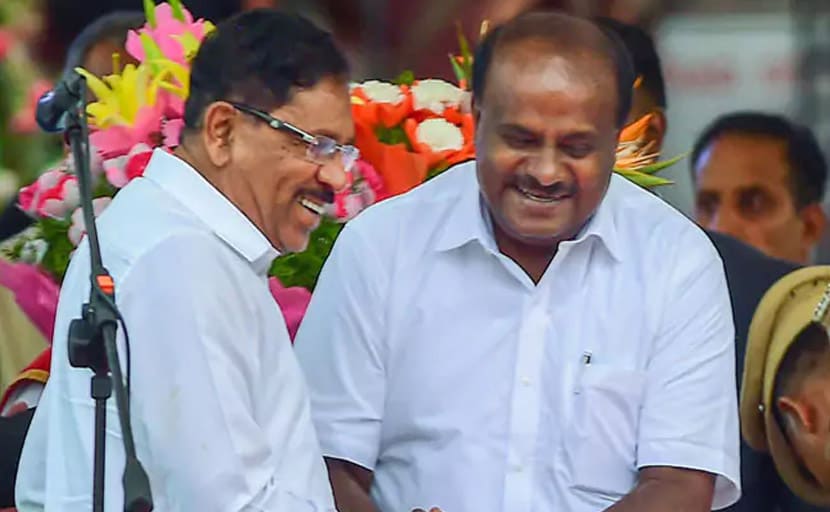 Bengaluru: Allaying fears over the survival of the JDS-Congress coalition ministry, Karnataka Chief Minister HD Kumaraswamy on Wednesday said the alliance partners would provide a stable government for the next five years.

"I would like to tell the sceptics that we will provide a stable and efficient government, which will last its full five-year term. Let there be no uncertainty about it," he told reporters after chairing the first meeting of the expanded cabinet in Bengaluru.

Miffed over media reports on the longevity of the government due to delay in cabinet expansion and allocation of portfolios, Mr Kumaraswamy said as the May 12 election threw up a hung Assembly, the alliance partners had to form the government after the three-day BJP government fell for want of numbers on May 19.

"Forming a coalition government and selecting legislators for the ministry take time as we have to do justice to all the stakeholders and in sharing the cabinet posts as alliance partners," he said.

Seeking a breathing time to settle down and get the official machinery cracking, the Chief Minister said he and Deputy Chief Minister G Parameshwara have been working overtime from the day they assumed office on May 23 to address governance issues.

"I have already directed officials to attend the problems related to potholes in Bengaluru and relief works in rain-hit districts across the state," said Mr Kumaraswamy.

Endorsing Mr Kumaraswamy's views, Mr Parameshwara said the coalition government would be responsible and accountable to the people in delivering the services.

"There is no confusion or uncertainty about the function of the government. The Chief Minister will allot the portfolios for all the ministers, including me, in a day or two and everybody will start working hard," he said.

Admitting that there was disgruntlement in some of the legislators left out of the cabinet expansion, Mr Parameshwara, who is also the Congress' state unit President, said their concerns would be addressed and given opportunity to serve in other ways.

"Though there are five-six cabinet berths vacant to be filled by our party, the Congress has just 22 posts for its legislators, including me, as the state cabinet can have only 34 ministers, with 12 from the JD-S, including its Chief Minister," clarified Mr Parameshwara.

The Congress and JDS are hoping to quell the brewing dissidence in both the parties by assuring their legislators of making them chairmen of the various statutory boards and corporations with cabinet rank.
Comments
HD KumaraswamyG ParameshwaraKarnataka Portfolio Allocation