This comes at a time when two politicians earlier pulled up for watching pornography in the state assembly have been appointed Deputy Chief Ministers. 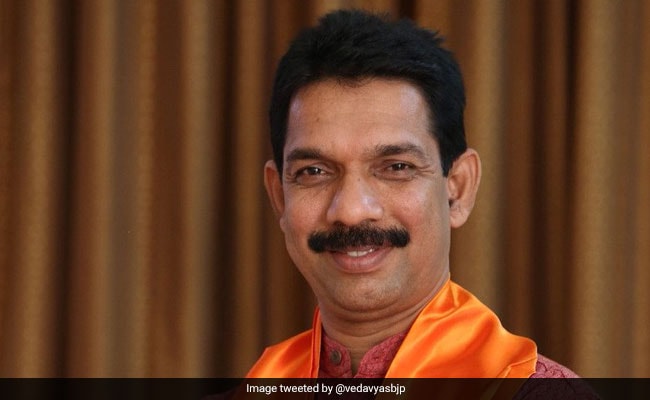 Nalin Kumar Kateel takes over from BS Yediyurappa after the latter's elevation to Chief Minister.

Nalin Kumar Kateel took over as the Karnataka BJP president today, days after he was chosen to succeed BS Yediyurappa following the latter's elevation to the post of Chief Minister.

Mr Kateel had last hit the headlines for comparing late Prime Minister Rajiv Gandhi to Mahatma Gandhi's assassin Nathuram Godse in a tweet. He deleted it later, in the face of widespread criticism.

However, it now looks like this popular representative of the state's communally sensitive coastal region is back in favour.

Mr Kateel is not the only BJP politician with a controversial past to be rewarded in the past week. Karnataka now has no less than three Deputy Chief Ministers -- in a nod to three different caste groups -- with each such post being given away to Scheduled Caste, Vokkaliga and Lingayat representatives.

One of them, Laxman Savadi, had resigned as a minister during the BJP rule in 2012 for watching pornography in the Karnataka assembly. CC Patil, another politician who had to resign after getting caught indulging in the same activity, is also back in the cabinet.

Laxman Savadi is believed to have played a significant role in orchestrating the collapse of the Congress-Janata Dal Secular government in July. He is also a Lingayat leader with a good support base in North Karnataka.

However, VS Ugrappa of the Congress was critical of the Yediyurappa government's decision to create three Deputy Chief Minister posts. "This only goes to show how power-hungry those in the BJP are. This is the mindset and culture of the BJP. They encourage a person who did such illegal things by inducting him not just as a minister but as a deputy chief minister. Only God can save this state," he said.

Supriya, a resident of Bengaluru, also reacted with shock. "Three Deputy CMs! Next time, will there be two Chief Ministers in Karnataka? And one of them is Laxman Savadi, who is already a blacklisted MLA. And his being elected as Deputy CM is really mysterious," she said.