The renaming of the chowk drew mixed reactions from the people with most of them welcoming the decision but urged the JMC to focus more on development and cleanliness rather than changing names. 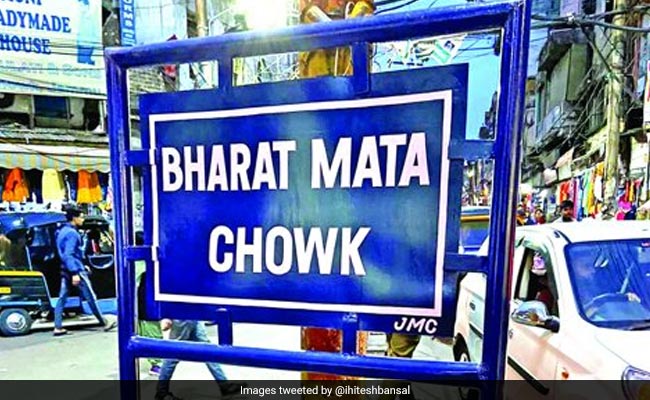 The historic City Chowk, the commercial hub in old Jammu, was renamed as ''Bharat Mata Chowk'' following the passage of a resolution by the general house of the BJP-led Jammu Municipal Corporation (JMC), officials said on Sunday.

The renaming of the chowk drew mixed reactions from the people with most of them welcoming the decision but urged the JMC to focus more on development and cleanliness rather than changing names.

"I had moved a resolution in the general house some four months ago demanding renaming of the ''City Chowk'' to ''Bharat Mata Chowk on the popular demand of the public," senior BJP leader and Deputy Mayor of the JMC Purnima Sharma told PTI.

She said the resolution was adopted and accordingly the City Chowk was renamed as ''Bharat Mata Chowk''.

"This place is historic and a witness to major decisions and protests in the past. Every year people are hoisting the tricolour on Republic and Independence days in this chowk. There was a popular demand from the public to rename this chowk as Bharat Mata Chowk," Ms Sharma said.

The starting point of the circular road near Panjtirthi in the city was named by the JMC as ''Atal Chowk'' in the memory of former prime minister Atal Bihari Vajpayee.

The Bharatiya Janata Party swept the JMC polls winning 43 of the 75 wards after the Urban local bodies elections were held in the erstwhile state in four phases from October 8 to 16 in 2018 after a gap of 13 years.

Joint Secretary of Kanak Mandi market association V Gupta, however, was not impressed by the new name of the chowk and said It should not have done because this is the oldest residential and business area of the city.

"They placed the board overnight without consulting the locals. This is the oldest residential and commercial area of the city and known by the name of City Chowk. It came as a big surprise for us," Mr Gupta said.