Neighbours Arrange Jaipur Man's Funeral Amid Lockdown Due To COVID-19

The 36-year-old man - Rajendra Bagri - died at his home in Bhatta Basti where his wife, sister and two children were present at the time of his death. 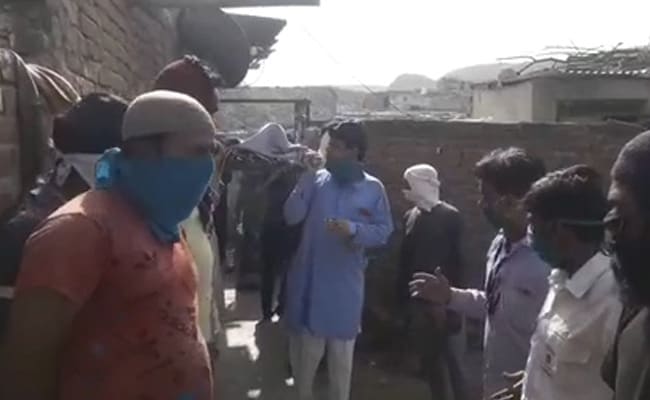 Amid a nationwide lockdown to control the spread of coronavirus, neighbours of a 36-year-old man in Jaipur, who died of cancer, arranged his funeral because many of his family members could not travel due to the restrictions.

The 36-year-old man - Rajendra Bagri - died at his home in Bhatta Basti where his wife, sister and two children were present at the time of his death. As the family faced difficulties in arranging the funeral, their neighbours - most of them Muslims - came forward to help them.

Many of them were seen carrying the man's beir on their shoulders. A van was arranged to take the man's body to the cremation ground where Rajendra's brother Vishnu performed the last rites, said Pappu Qureshi, one of the volunteers who helped the family.

"Rajendra Bagri had been suffering from cancer for a long time. None of his relatives live close by. So we arranged his funeral and participated in his last rites as well. We are happy to help as we want to give a message that today there are people in this country who live and work together beyond caste and communal lines."

A nationwide lockdown began last month to contain the coronavirus, which has infected over 10,000 in India, killed at least 300. Prime Minister Narendra Modi this morning announced the extension of the nationwide shutdown till May 3.

"After taking into account all suggestions, we have decided to extend the lockdown till May 3," PM Modi said in his 25-minute address shortly after India crossed the 10,000-mark in COVID-19 cases.