"I'm Going To Kill You": Indian Businessman Convicted For Sexual Assault In US

Sanjay Tripathi, 48, faces upto 25 years in prison for the incident which occurred in June 15, 2016 at a hotel in Times Square in New York city. 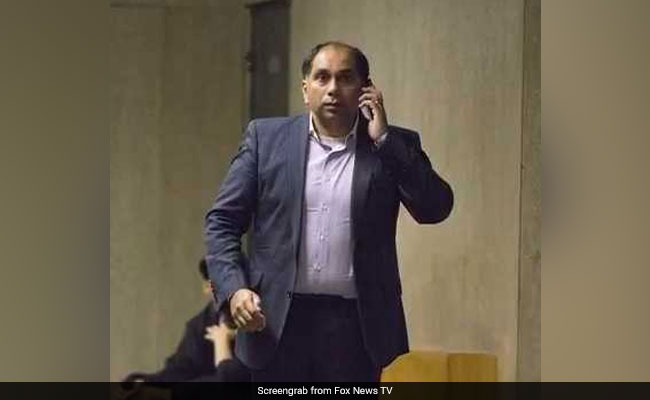 Sanjay Tripathy, 48, father of two children, advertised himself as "a catch with $10 million in the bank"

New York: An Indian businessman in the US has been convicted of sexual and physical assault of a woman whom he met on a dating website. Sanjay Tripathi, 48, faces upto 25 years in prison for the incident which occurred in June 15, 2016 at a hotel in Times Square in New York city. On the night of the incident, Tripathi had gone out on date with a 38-year-old woman who he met on what is known as a "sugar daddy" dating website, which pairs younger women to wealthier, old men.

During the date, after they had drinks, Tripathy asked the woman to accompany him to his hotel room and promised the woman a "gift".

Tripathy proceeded to turn violent when they reached the hotel room. According to the woman's testimony, Tripathy "punched her in the face some 20 times" and forced her to "perform oral sex on him".

A top government official also described to the courtroom's jury the extent of the violence Tripathy inflicted on the woman, saying blood from the woman's face splattered the hotel room walls and bedspread.

"When the woman rejected his advances, the executive (Tripathy) allegedly beat her, resulting in her split lip, broken tooth, two black eyes and a bloody nose. She saw blood literally fly out of her face after being punched," said Kristen Baraiola, Assistant District Attorney.

"You are going to die. I am going to kill you," is what Tripathy told the woman as he attacked her, according to Ms Baraiola.

Apart from the physical assault, the woman also claimed that Tripathy had choked her to the point that she thought she would die.

According to the woman, who broke into tears on describing her ordeal, she went across the street from the hotel to a parked New York Police Department van and told the police that Tripathy had tried to kill her.

The courtroom jurors were shown photos of the woman's swollen and bruised face and neck. The photos showed the woman had clumps of blood in her blond hair and two black eyes, one of which was entirely bloodshot.

Tripathy's lawyer Franklin Rothman said that the photos "showed a partial story, of what really happened inside of that hotel room." He said that the "photos that graphically depicted the extent of the beating were too much to overcome".

Tripathy has claimed that the woman had consensual rough sex and that she had accepted payment for the act.

On the "sugar daddy" dating website, Sanjay Tripathy, a father of two children, had advertised himself as "a catch with $10 million in the bank".

Tripathy, who was convicted for criminal sex act, sex abuse, assault, strangulation and unlawful imprisonment, in New York's Manhattan Supreme Court, will be sentenced for his crimes on July 18.

He was ordered to be held without bail by Justice Erika Edwards after his conviction.