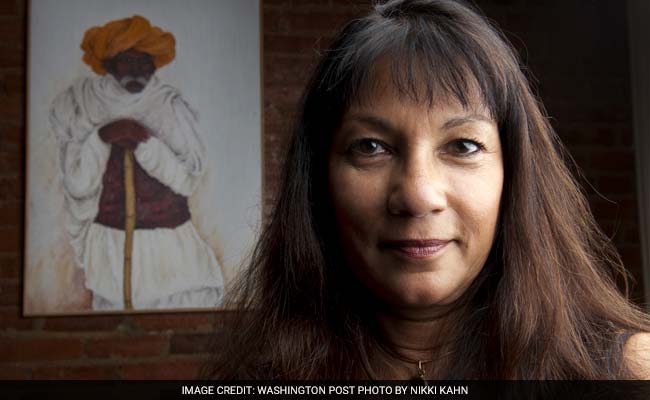 Sabrina De Sousa, photographed at her home in Washington in 2012, was convicted in absentia by an Italian court for her role in the CIA abduction of Abu Omar in 2003 in Milan, Italy. (Photo: Washington Post photo by Nikki Kahn)

More than 13 years after an Egyptian cleric was kidnapped off the streets of Milan by CIA operatives, one former agency officer now living in Portugal faces extradition to Italy, where she was sentenced to four years in prison for the abduction.

Sabrina De Sousa, 60, was one of 26 Americans convicted in absentia by Italian courts for her alleged role in the February 2003 rendition of Hassan Mustafa Osama Nasr, also known as Abu Omar.

Like the other convicted Americans, De Sousa never really faced the threat of Italian imprisonment, because she had moved back to the United States long before the Italian trials began.

But last spring, De Sousa moved to Portugal to be near relatives. In the fall, she was detained by local authorities at the Lisbon airport on a European arrest warrant.

This week, Portugal's highest court upheld the country's lower courts' rulings, declared that they did not violate the constitution, and said De Sousa should be sent to Italy as soon as May 4. Portugal's Constitutional Court also reiterated a condition set by the lower courts - and guaranteed by Italy in De Sousa's European arrest warrant - that once she arrives in Italy, she must be given another trial or a chance to appeal with new evidence, and the ability to call Italian and U.S. witnesses, because she had been tried in absentia.

But De Sousa, who has adamantly asserted that she played no role in Abu Omar's kidnapping, said she is not sure that Italy won't simply throw her in prison once she lands there.

Her Portuguese attorney, Manuel Magalhaes e Silva, said he has gotten word that Italian authorities view this condition "in the abstract" and might wind up forcing De Sousa to complete her four-year prison term.

"It's kind of a surreal situation," De Sousa said in an interview with The Washington Post. "I've spent years wanting to counter the charges against me. Right now, I want to know what happens, step by step, in Italy."

Benjamin Fischer, a former CIA chief historian, said he couldn't think of another case like De Sousa's in agency history. "It's unprecedented," he said.

An Italian Embassy press officer referred The Post to Giovanni Melillo, chief of cabinet of the Italian Ministry of Justice. Phone calls left with the ministry were not returned.

The CIA declined to comment. The State Department released a brief statement late Thursday afternoon acknowledging that officials there had seen "reports" of the Portuguese court's decision and referring The Post to the Italian and Portuguese governments for further comment.

De Sousa, a dual Portuguese and American citizen, always knew that flying to Europe made her vulnerable to arrest, but she has numerous close relatives in Portugal (a street in Lisbon is named after her uncle) and a sister in Germany, and her 90-year-old mother lives in India. She figured if she were detained or sent to Italy, her case's urgency would force the U.S. and Italian governments to reinvestigate.

"If I was a natural-born U.S. citizen and my entire family lived in Kansas, for example, then maybe I wouldn't need to worry about going to Europe again," De Sousa said.

De Sousa's extradition and potential imprisonment would be an astonishing turn of events for a case that raises major questions about how much diplomatic protection CIA case officers abroad possess when carrying out operations sanctioned by their superiors. During her CIA tenure, De Sousa was registered in Italy as a State Department officer at the U.S. Consulate in Milan. She did not work as a "NOC," a covert operative with "non-official cover" status who lacks diplomatic protection.

"Those of us who were convicted were accredited diplomats and declared to the Italian government," De Sousa said. "We instead find ourselves treated like NOCs with our U.S. government affiliation disavowed. I would have never joined the CIA if I was told there was a remote possibility that I would never see my mother in Goa again and not travel abroad. This has set a terrible precedent. This rendition was funded by Congress with approval of senior government officials in the U.S., Italy and Egypt."

It all began on Feb. 17, 2003, when two men snatched Abu Omar while he was walking to a mosque in Milan and stuffed him into a van. The cleric was flown to Egypt, where he was beaten and subjected to electric shock but eventually released. It was not until early 2005 when reports surfaced that Italian authorities were investigating the CIA officers for allegedly breaking local laws against detaining terrorist suspects in Europe.

The Italians' prosecution, built largely off the CIA officers' phone records, embarrassed the agency - putting a spotlight on what was seen as poor tradecraft - and aggravated relations between the United States and a European ally over one of the agency's most controversial practices after the Sept. 11, 2001, terrorist attacks.

But it was too late.

By November 2009, De Sousa and multiple other CIA officers were convicted in absentia in Italy on aggravated kidnapping charges. The Italians never produced hard evidence proving De Sousa was involved, other than showing calls made from her phone to one of the kidnappers several months before and around the time of the rendition. Armando Spataro, the Italian prosecutor who handled the case, told The Post in 2012, "To pass a sentence, the court doesn't need the smoking gun!"

On the day of the kidnapping, De Sousa was chaperoning her son's high school ski trip in northern Italy. De Sousa, who speaks Italian, said her only involvement with renditions came in early 2002, about a year before Abu Omar's kidnapping. That is when CIA officers flew to Italy to meet with their intelligence counterparts to discuss the logistics of renditions. De Sousa said she served as an interpreter between the services.

"But at that point, rendition was just a concept," she said. Abu Omar, she stressed, was not even discussed.

Since De Sousa's conviction, she has hired a series of attorneys to clear her name. In late 2012, after Italy's highest criminal court upheld her conviction, De Sousa's attorney at the time wrote a letter to Hillary Clinton, then the secretary of state, asking her to authorize an inquiry into the case. De Sousa said she never heard back.

Though she lost her lawsuit against the government for not granting her immunity, she sued the CIA and the Defense and State departments in November 2014. In the suit, she argues that the agencies violated the Freedom of Information Act after they refused to confirm or deny the existence of documents she had requested showing that the rendition was approved by the CIA and senior government officials.

As part of her FOIA request, De Sousa has sought documents showing why her name was not on a U.S. government list put forward in 2014 to the Italians asking for a pardon. (Some of the Americans convicted by the Italians did receive full pardons.) Also, she is seeking a National Clandestine Service investigation into the rendition.

"When I asked for the CIA review, I was told I couldn't see it because I wasn't involved in the rendition, and therefore I was not investigated," she said.

Laura Pitter, a senior national security counsel at Human Rights Watch, did not want to comment on the merits of De Sousa's case but said she does not think she should be the first and so far only person held accountable for the CIA's rendition program, given her allegedly minor role.

"It should be the senior officials and contractors involved in authorizing and implementing the program and those who actually inflicted the torture on individuals in U.S. custody," she said.

In recent weeks, De Sousa's attorney in Washington, Abbe Lowell, said he has spoken with government officials about her case.

He declined to elaborate on his conversations but said the "government appreciates the unusual situation that Sabrina finds herself in."

As she waits to be sent to Italy, De Sousa and her husband are living in a rented condominium in Lisbon. She keeps herself busy working on her case - and a memoir.