World Post Day: Amid the pandemic World Post Office Day is a great opportunity to pay tribute to the postal operators, postal workers and everyone else involved in delivering mails. 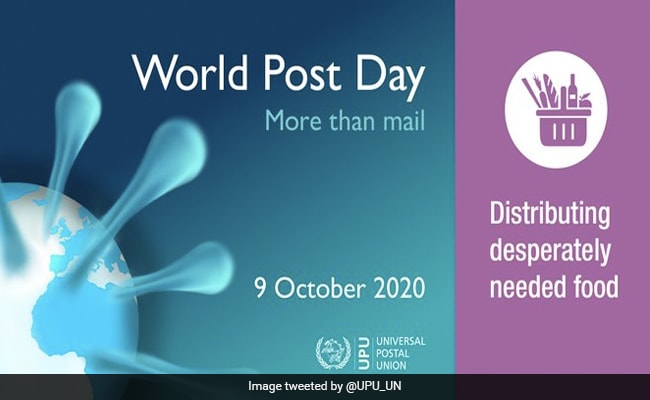 World Post Day is observed every year on October 9. Before the digital communication came into our lives, sending letters by post was the only option and if it was an urgent message - it was the telegraph, which revolutionized long-distance communication. It worked by transmitting electrical signals over a wire laid between stations. World Post Day was declared by the 1969 Universal Postal Congress in Tokyo to mark the anniversary of the Universal Postal Union's (UPU) creation in 1874.

We celebrate World Post Day to bring awareness about the role of people engaged in postal services. Historically posts have a big contribution to the development of businesses and economic activities globally. Universal Postal Union (UPU) paved the way for efficient postal services and it became an agency of the United Nations in 1948.

A quote from the gold-winning #letter by Eva Giordano Palacios from #Togo who took the first prize in #UPU_UN's International Letter-Writing Competition ✉️ https://t.co/hmz6l1kP0T#ILWC#WPD@UN_News_Centre@UN_UniteIdeas@UNICEF@UNESCO@letterappsoc@Union_UPAEP@laposte_togopic.twitter.com/nqMcq38NGm

"We all need to recognize the incredible sacrifices made by postal operators and their staff during the global COVID-19 pandemic. Deemed essential staff as the pandemic raged furiously across the world, these postal workers labored hard to deliver the mail. Some workers tragically lost their lives; others confronted life-changing damage to their health. Many more suffered in numerous other ways...," Director General of the Universal Postal Union, Bishar Hussein said in his message on World Post Day.

"Since our earliest beginnings, we have overcome wars, natural disasters and pestilence. We have always delivered. The year 2020, however, was the year that the postal industry showed the world
its resilience, its determination, and the invaluable role it plays in every society. We showed we are more than mail," Mr the UPU Director General added.

Postal services across the world played a key role in reaching out to people amid the pandemic. Life-saving medicines and protective equipment were delivered on time in remote corners.

World Post Day is a great opportunity to pay tribute to the postal operators, postal workers and everyone else involved in delivering mails.