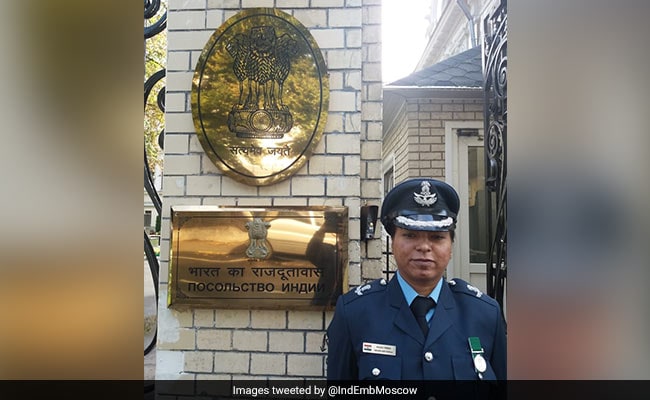 Wing Commander Anjali Singh has become the first female officer from any of the armed forces of India to be posted as a military diplomat in an Indian mission abroad.

"Wing Commander Anjali Singh joined @IndEmbMoscow on 10th Sep as the Deputy Air Attache. She enjoys the distinction of being the first female Indian Armed Forces Officer to be posted as a military diplomat in any of the Indian missions abroad," the Indian Embassy in Moscow tweeted on Monday.

A defence ministry official said defence attaches from any of the three services, the Army, the Indian Air Force or the Indian Navy, had always been male officers till the appointment of Wing Commander Anjali Singh at the Indian embassy in Moscow, Russia. The role of a defence attache is to assist in cooperation, training and procurement in the field of defence between the country she represents and the country in which she is posted.

The Indian Navy is also identifying women officers for appointment in the country's overseas missions.

(Except for the headline, this story has not been edited by NDTV staff and is published from a syndicated feed.)
Comments
Wing Commander Anjali SinghIndian Embassy in MoscowIndian Navy