Hours after captured Wing Commander Abhinandan Varthaman's release on Friday was announced by Pakistan, his parents took a late flight from Chennai to Delhi and received a standing ovation from co-passengers. The Air Force fighter pilot will be released via Wagah Border, Pakistan Foreign Minister Shah Mehmood Qureshi told the joint session of parliament in Islamabad today.

The passengers cheered, clapped and took photos as Air Marshal S Varthaman and Shobha Varthaman made their way through the plane to their seats. Their son - "Abhi" - had overwhelmed a nation with his fortitude, courage and grace in enemy captivity.

The plane landed at the Delhi airport about an hour after midnight. Wing Commander Abhinandan Varthaman was captured by Pakistan army after his fighter jet crashed in an air duel with a Pakistani F-16. He shot down the plane before his own went down, forcing him to eject. He fell into Pakistani territory.

Yesterday, Pakistani Prime Minister Imran Khan announced that he would be released, which signaled a pull-back from the brink after the two countries engaged in aerial combat after 48 years.

Retd Air Marshal S Varthaman is a highly-decorated officer and Shobha Varthaman is a doctor. They left for Amritsar soon after landing in Delhi. They are all set to receive their son, who is expected to be handed over by Pakistan to India at about 2 pm, at the Wagah border. 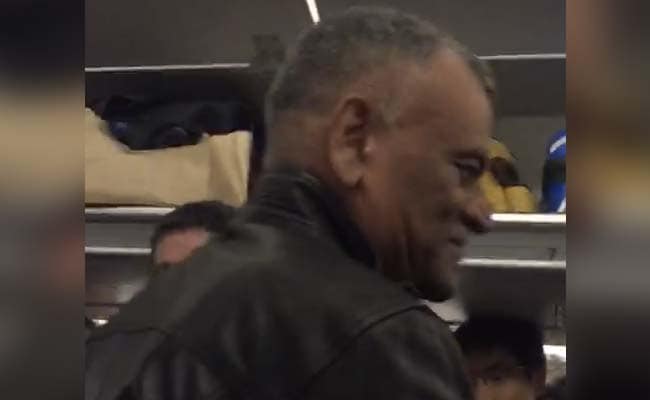 Abhinandan Varthaman comes from a family that has served the country for generations. Besides his father, his grandfather Simhakutty had served the nation during World War II in the Air Force.

Air Marshal S Varthaman, a recipient of several honours including a Param Vishisht Seva Medal, had said in a message on Wednesday, "Abhi is alive, not injured, sound in mind, just look at the way he talked so bravely... a true soldier... we are so proud of him."

In videos put out by Pakistani accounts - removed amid allegation of the violation of the Geneva Convention - Abhinandan Varthaman was wounded and blindfolded and his hands were tied behind his back. "May I request a little bit of information. Am I with the Pakistani Army," he asked his interrogators.

Refusing to give much to his captors except his name, religion and service code, he kept repeating: "I am sorry, I am not supposed to tell you this".