The state home minister said he has directed the Director General of Police (DGP) to ask the company to withdraw the advertisement. 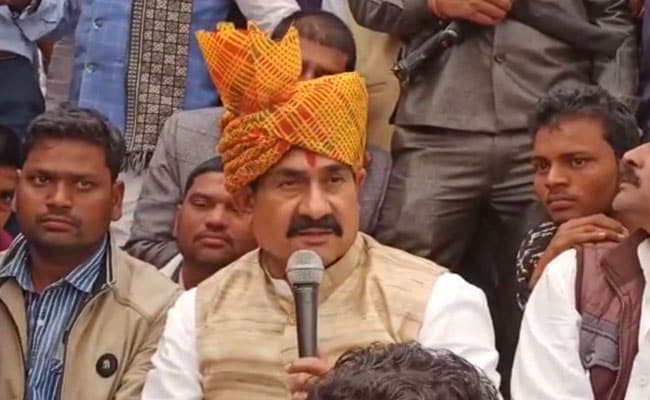 Madhya Pradesh Home Minister Narottam Mishra today said he has directed the state police chief to ask Dabur India to withdraw the "objectionable" advertisement featuring a same sex couple observing Karva Chauth and take legal action if the consumer goods maker doesn't take it down. The ad shows the two women watching each other through a sieve.

"I consider this a serious matter, more so, because such advertisements and clippings are made on the rituals of Hindu festivals only. They (the advertisement) showed lesbians celebrating Karva Chauth and seeing each other through a sieve. In future, they will show two men taking "feras" (marrying each other according to Hindu rituals). This is objectionable," Narottam Mishra told reporters.

The state home minister said he has directed the Director General of Police (DGP) to ask the company to withdraw the advertisement. "And if it fails to do so, take legal steps after examining the advertisement," he added.

Earlier in the day, the state home minister stopped short of defending the violence by Bajrang Dal workers on the sets of a web series directed by Prakash Jha, during his vocal condemnation of the director's work, but backed the right-wing group's demand to change the name of the web series. In a tweet, he said such television content is an "attempt to deliberately target Hinduism".

On Karva Chauth married women, especially in North India, fast from sunrise to moonrise, praying for the safety and longevity of their husbands. Karva Chauth was observed on Sunday.