Rahul Gandhi, threatened with a defamation suit for his comments on Madhya Pradesh Chief Minister Shivraj Singh Chouhan, today back-stepped on some of his allegations saying he was "confused" because of multiple scams.

"There is so much corruption in the BJP that I got confused. Madhya Pradesh Chief Minister was not in Panama scam. He is involved in the e-tendering and Vyapam scam," Rahul Gandhi said on Tuesday, clarifying the comments he made at a public meeting yesterday where he had accused Mr Chouhan of presiding over "rampant corruption".

Without taking names, he used Shivraj Singh Chouhan's nickname to target him: "Udhar Chowkidar, Idhar Mamaji. Mamaji ke jo bete hai, Panama Papers me unka naam nikalta hai. (On one side, you have the watchman, on the other side you have 'mamaji'. The name of the son of 'mamaji' figured in Panama Papers)".

Hours later, Mr Chouhan accused the Congress president of making "patently false allegations" linked to the Vyapam recruitment scam and the Panama Papers against him and his family.

Mr @RahulGandhi
You have been making patently false allegations of Vyapam to Panama Papers against me and my family.

Tomorrow, I am filing a criminal defamation suit for maximum damages against you for frivolous and malafide statements.

The BJP had rubbished the charges.  "Probably, Rahul, after visiting Mahakal Temple in Ujjain and after having 'prasad', got influenced by it and levelled these baseless allegations," said the party's Kailash Vijaywargiya.

State BJP spokesman Rajnish Agrawal also mocked Mr Gandhi and said: "As president of the Congress party, he (Rahul Gandhi) is committing a crime morally and legally. The party leadership will decide what action needed to be taken in the matter." 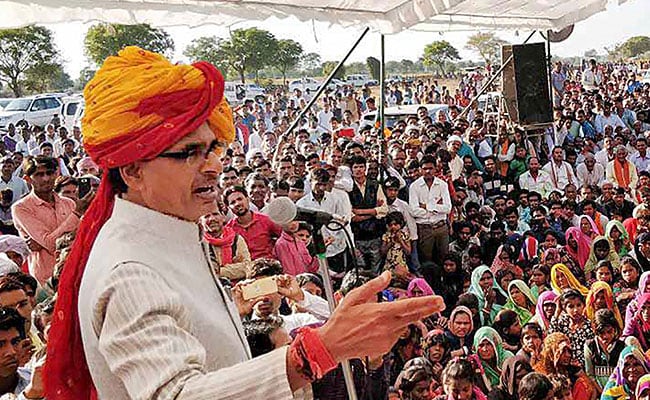 Madhya Pradesh will vote on November 28 for a new assembly. The Congress aims at defeating the ruling BJP, which has been in power in the state for 15 years.