The policeman, who had got famous on social media because of his unique style of performing his duty with lakhs of followers on Facebook, has become a local celebrity. 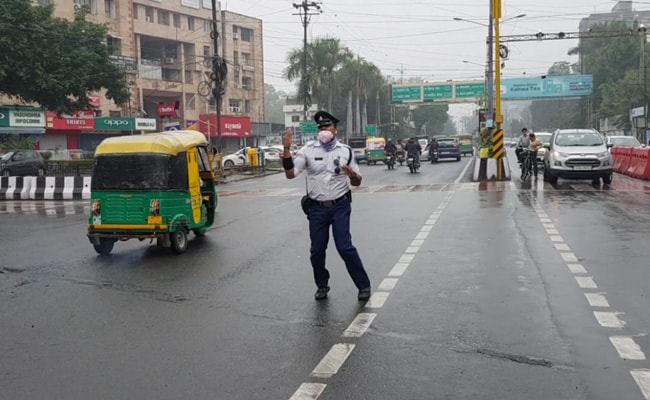 Indore's traffic constable Ranjeet Singh has been using late pop icon Michael Jackson's 'moonwalk' to control the traffic in the Madhya Pradesh city for nearly sixteen years. The policeman, who had got famous on social media because of his unique style of performing his duty, has become a local celebrity as people often approach him for selfies. There is, however, a tragic story behind his mirth at work.

"It has been nearly sixteen years (since he started dancing at work). I got a message on my communication device that an accident had taken place and I had to control the crowd. When I went to the spot, I found out that the person who died in the accident was my friend. As I was pacing across the road in angst, my superior officer told me, people were stopping because of my movement. Since I was a dancer, I brought 'moonwalk' into my work," he told NDTV.

Mr Singh said he has been a dance lover since he was a student but couldn't make it big in dancing because of poverty. He says with his dance, he is able to manage traffic better. He also helps bring a smile on the faces of travellers. "People set out in a bad mood, but feel good when they see me dancing".

Indore's traffic constable Ranjeet Singh has been using 'moonwalk' to control the traffic for nearly 16 years, he got famous on social media because of his unique style of performing his duty however, a tragic story behind his mirth at work @ndtv@ndtvindia@vinodkapripic.twitter.com/t72p6wtavZ

Asked what his superiors think about his style of work, he said: "Nobody minds anything if they see results".

Prashant Chobey, Additional Superintendent of Police, praised the traffic cop. "He does his work well. Wherever he is assigned, traffic moves smoothly. He has an aura. Nobody fights with him if he stops them," he told NDTV.

Mr Singh has been on several television shows. He was also awarded for best traffic management. Apart from his dance at work, he trains other traffic policemen as well.

96 Dengue Cases In Delhi From January To Mid-May, No Deaths: Civic Body