"Who Feels Unsafe In India? I Will Bomb Such People," Says BJP Lawmaker

"Why should you stay here if you do not have any patriotic feelings towards your country?" says Uttar Pradesh BJP leader Vikram Saini 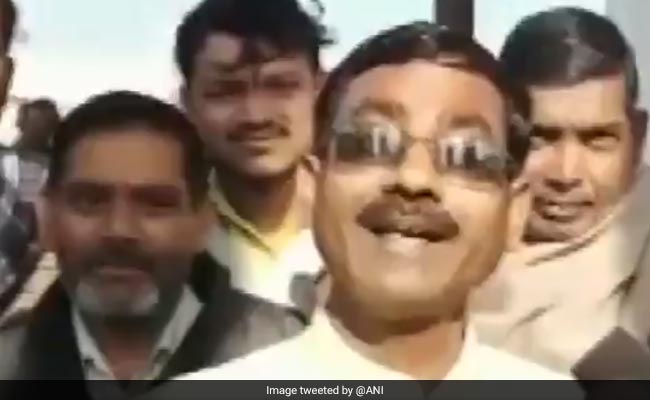 Vikram Saini, a legislator from Muzaffarnagar, says people who voice such feelings are "traitors"

People who feel unsafe in India should be bombed, believes a BJP lawmaker in Uttar Pradesh. Vikram Saini, a legislator from Muzaffarnagar, also feels that people who voice such feelings are "traitors".

"These traitors should be severely punished as per the law. My personal view is that those who say they feel unsafe and threatened in India should be bombed. If these people do not respect the values of our nation, then they are always welcome to leave this country and settle down in a foreign country," Vikram Saini said, according to news agency ANI.

"Give me a ministry and I will bomb all such people," he went on, adding that he would spare none.

"Why should you stay here if you do not have any patriotic feelings towards your country? If you feel unsafe, go where you feel safe. Who has stopped them?"

The comments come days after a massive controversy over actor Naseeruddin Shah saying in an interview that he felt anxious for his children at a time when there were mob killings and the death of a cow was given more importance than the death of a policeman. He was referring to the killing of a police officer in Uttar Pradesh's Bulandshahr last month in mob frenzy over the killing of cows.

Vikram Saini, known to shoot his mouth off, is no stranger to controversies.