Manmohan Singh was delivering the 2nd memorial lecture of the late Communist leader A.B. Bardhan on "Defence of Secularism and Constitution". 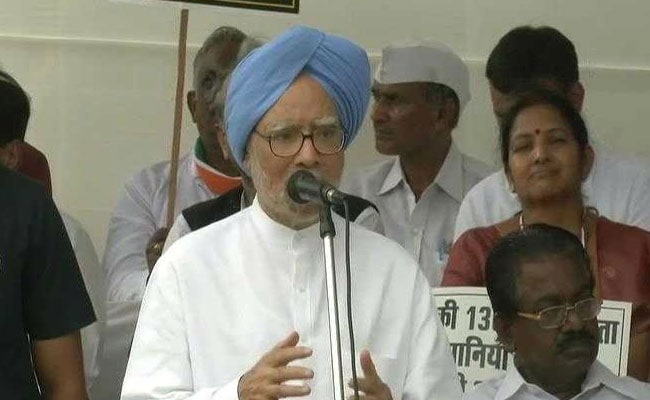 Faulting the "famous but controversial" 'Hindutva is a way of life' judgement of late Justice J.S. Verma of the Supreme Court in the 1990s, former Prime Minister Manmohan Singh on Tuesday said the judiciary as an institution should never lose sight of its primary duty to protect the secular spirit of the Constitution.

This task, he said, has become much more demanding than before because the political disputes and electoral battles were increasingly getting overlaced with religious overtones, symbols, myths and prejudices.

Mr Singh was delivering the 2nd memorial lecture of the late Communist leader A.B. Bardhan on "Defence of Secularism and Constitution".

The former Prime Minister criticised former justice Verma's judgment suggesting it virtually disturbed "a kind of constitutional sanity" that was restored in the country's political discourse through the Bommai judgment in which a nine-judge bench of Supreme Court found an opportunity to reaffirm that secularism was a basic structure of the Constitution.

He said Justice Verma's verdict had a "decisive impact" on the ongoing debate among political parties about the principles and practices of secularism in the Republic.

"The judgment ended up making our political discourse somewhat lopsided; and, many believe that 'there can be no doubt that the decision requires to be overruled'," Mr Singh said.

He said no constitutional arrangement can be protected and preserved only by the judiciary, however, vigilant or enlightened the judges may be.

"Ultimately, it comes down to the political leadership, civil society, religious leaders and intelligentsia to defend the Constitution and its secular commitments. It is necessary to remind ourselves that the framers of the Constitution in their wisdom had conceived this secular order as part of a larger, greater egalitarian polity."

Describing the demolition of the Babri Masjid as a traumatic event bringing into disrepute India's secular commitments, Manmohan Singh said the entire political leadership too came in for criticism for failing to protect a place of worship.

"In particular, concerned citizens were deeply disappointed at the judiciary's stance in the events leading upto the demolition," he said.

The former Prime Minister said the country should unambiguously clear that any attempt to weaken the secular fabric of the Republic would be an attempt to dismantle the larger egalitarian project  - a secular, progressive democratic polity.

The judiciary needs to arrive at its own enlightened view of its custodianship of the Constitution irrespective of the irresponsible and selfish politicians who have no qualms in injecting communal virus in the body politic, he said.

The same expectation must also be voiced in regard to the armed forces which are a splendid embodiment of the secular project.

"Our armed forces have a glorious record of keeping away from the politicians' manipulations and intrigues. It is vitally important that the armed forces remain uncontaminated from any sectarian appeal."

Stressing on the role of Election Commission in preserving the secular fabric, Mr Singh said it was incumbent upon the poll panel to see that the religion and religious sentiments and prejudices do not get overworked into the election discourse.

He said the media as a democratic institution was an equal partner in upholding secularism both in letter and spirit.

CPI General Secretary S. Sudhakar Reddy said the very idea of a secular and pluralist India tolerant of all sex and religion was under severe threat under the Modi government.

He said there has been serious attacks targeted at turning the secular India into a Hindu Rashtra, tearing off the statutes of the Constitution that oppose the moves or changing the Constitution itself.