With local MP Ravi Kishan by his side, Yogi Adityanath is seen holding a bottle of milk as the leopard cub reaches for it in Gorakhpur Zoo 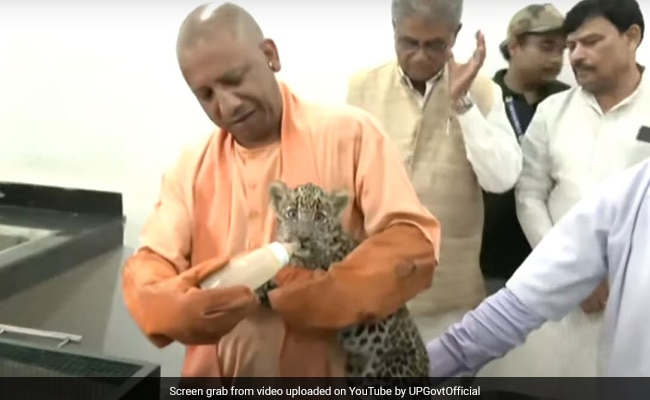 With local MP Ravi Kishan by his side and surrounded by vets and zoo officials, Yogi Adityanath is seen holding a bottle of milk as the cub reaches for it.

The leopard cub initially hesitates to drink the milk. The vet then brings it back to Yogi Adityanath, who, wearing protective orange rubber gloves, holds the cub and tries to feed it again. This time, the cub manages to drink from the bottle.

Later, the Chief Minister is shown around the zoo's enclosures where they keep the big cats.

In a video on the UP government's official YouTube channel, a zoo official is seen explaining the features of the enclosures and how the animals are managed.

This is the first zoological park in Purvanchal region and the third in Uttar Pradesh, according to zoo's official website.