Watch: A Stunning "Courtship Display" On Water For Valentine's Day

Valentine's Day 2021: Watch a stunning video of a pair of Clark's Grebes, belonging to the family of graceful water birds, engaged in "courtship display". 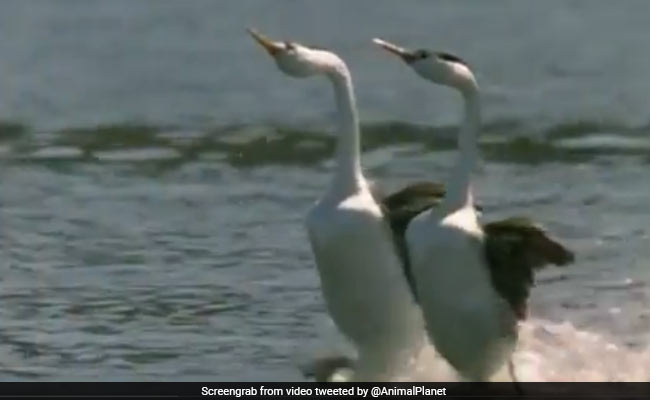 Look who is ready for the Valentine's Day! A pair of Clark's Grebes, belonging to the family of graceful water birds, cheered up Twitter ahead of Valentine's Day tomorrow. A stunning video of a pair of Grebes, engaged in "courtship display", was posted by Animal Planet on the microblogging site. The birds are known for treading rapidly on water with their bodies in a nearly vertical position. The video reminds one that loving and caring are not just limited to humans. On Valentine's Day, take a cue - the Grebes can just fire up your imagination.

Who's ready for Valentine's Day weekend?! A pair of Clark's Grebes run together on water in this courtship display. pic.twitter.com/o1BDhFFGHg

Grebes are are best known for the striking courtship displays just like the flamingos. Their courtship includes shaking their head, preening, carrying weed and diving like other water birds. The birds are also known as 'water-witch' and 'helldiver' as they can dive deep almost vertically. Like the flamingos, they have elegant snake-like neck, puffy head and beautiful silky plumage.

Not just humans, PDA is very much part of the bird and animal world. Snuggling up and smooching are common among chimpanzees and primates. They are even known to kiss and make up. According to the smithsonian.com, "At its most basic, kissing is a mating behavior, encoded in our genes. We share the vast majority of those genes with the mammalian species, but only humans (and occasionally our close primate relatives like chimps and bonobos) kiss."

Ahead of Valentine's Day take a look at images displaying intimacy in the animal world. What's more, you can send them to your special someone with Valentine's Day wishes, messages and romantic quotes. 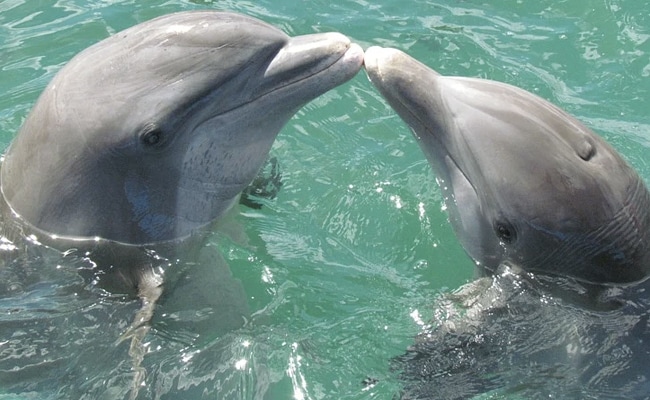 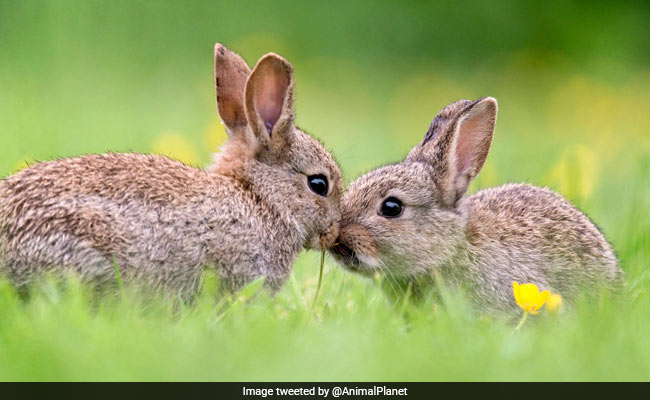 Valentine's Day 2021: PDA is not limited to humans!