After BJP's win in the recently concluded general elections, Arun Jaitley had written to Prime Minister Narendra Modi that he would not be part of the new government 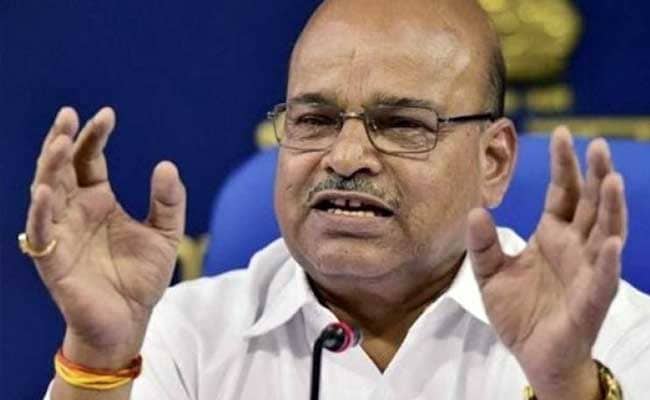 Union Minister Thawar Chand Gehlot has been appointed as the leader of Rajya Sabha. He will replace BJP stalwart Arun Jaitley, who opted out of the government citing health reasons.

Mr Gehlot will now occupy the first seat in the House, situated on the right side of the Chairman's seat. Prime Minister Narendra Modi will sit next to him.

Thawar Chand Gehlot, a prominent Dalit face of the BJP, was appointed the Minister of Social Justice and Empowerment last month. This is his second stint in the ministry.

By appointing him as the leader of the house, the BJP has sent a clear message to the Dalit community about their representation in parliament. The BJP had already opted Ramnath Kovind, a Dalit, as President.

Interestingly, Mr Gehlot was also in the race to become the President of the country.

The BJP leader became a Rajya Sabha member in 2012 and was re-elected from Madhya Pradesh in 2018. His Rajya Sabha term will end in 2024.

Mr Jaitley was appointed the leader of the house in 2014 after the BJP scored a massive victory in Lok Sabha elections.

After BJP's win in the recently concluded general elections, Mr Jaitley had written to Prime Minister Narendra Modi that he would not be part of the new government, citing his health as the reason behind his request. The former finance minister said he faced "some serious health challenges" in the last 18 months, and said he needed time for his treatment.