Narayan Rane's comment and arrest - the first time in 20 years a union minister was taken into custody - triggered (yet another) spat between former allies Shiv Sena and the BJP, this one just months before critical civic polls in Mumbai 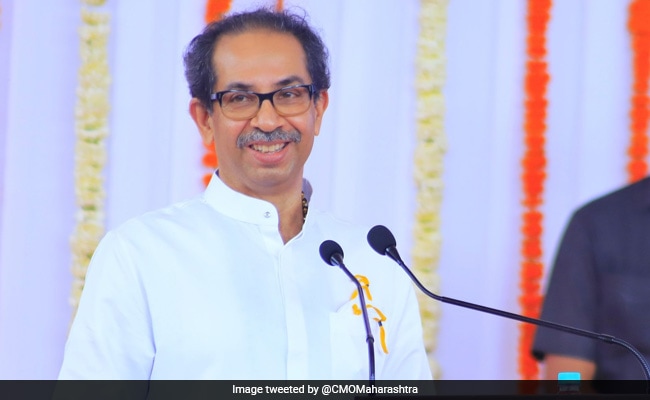 Maharashtra Chief Minister Uddhav Thackeray and Union Minister Narayan Rane shared a stage today for the first time in 16 years since Mr Rane's departure from the Sena as they inaugurated an airport in Sindhudurg district.

It should have been a routine public event but for the swipes Mr Rane took at Mr Thackeray and his son which Mr Thackeray responded to.

The swipes and jabs started with Mr Rane, who is from Sindhudurg, took the opportunity to highlight his contributions after being elected as its MLA for the first time in 1990.

He said that it was under directions from the late Shiv Sena founder Bal Thackeray he was deputed to Sindhudurg, and that it was due to his efforts the Konkan region received an infrastructure boost.

He then went on to add that "Balasaheb Thackeray never liked one thing. He did not like liars. He did not let liars stand in front of him."

In a jab at the Chief Minister, Rane said, "Who you want to keep around you is your choice. The briefs that you get, the information get is not true."

Uddhav Thackeray (Bal Thackeray's son), reminded Mr Rane: "Yes, Balasaheb Thackeray did not like lying... several times such people were kicked out of the Shiv Sena. He (Bal Thackeray) would say, 'Even if the truth is bitter, please say it."

Mr Thackeray offered up a second sarcastic swipe for good measure; he referred to the iconic Sindhudurg fort and reminded people it had been built Shivaji.

The Chief Minister wasn't quite done either.

"You (Mr Rane) are a minister... so what it if it (Mr Rane's post) is 'micro and small'. It is an important portfolio, and you can use it to benefit Maharashtra," he said.

Mr Rane, currently out on bail, is the Union Minister for Micro, Small and Medium Enterprises, and was arrested in August this year.

The police arrested Mr Rane for comments where he threatened that he would have slapped the Chief Minister for his "ignorance of the year India won Independence".

Mr Rane's comment and arrest - the first time in 20 years a Union Minister was taken into custody - triggered yet another spat between former allies Shiv Sena and the BJP.

Mr Rane's comment also came shortly before elections to Mumbai's civic body, the BMC, and the Sena promptly claimed he was trying to provoke voters. The high-stakes, high-prestige election is scheduled for February and has already ratcheted up the political tension in the state.