Railways has also announced a compensation of Rs 25 lakh to the families of the workers who died. 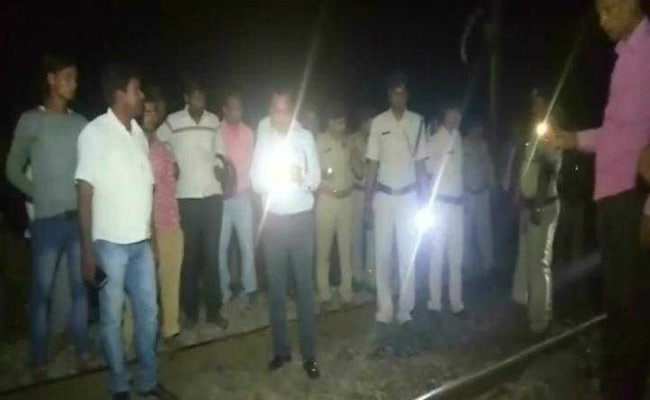 Hardoi train accident: A three-member team is investigating the death of the four workers

Four railway maintenance workers were run over and killed by a train in Uttar Pradesh's Hardoi district on Monday.

The four men were repairing the railway track between Sandila and Umartali stations in Uttar Pradesh when the Akal Takht Express, travelling between Kolkata and Amritsar, ran over them. The incident took place at around noon on Monday.

The workers had tightened four bolts on the tracks and had they not done so, the train could have derailed, causing major damage, news agency IANS reported.

Families of the workers protested and did not allow the bodies to be taken for post-mortem until eight hours after the incident.

Additional Divisional Railway Manager, Moradabad, Sharad Shrivastava arrived at the spot and spoke to the families. He has also announced a probe to check why adequate precautions were not taken when repair work was underway. A three-member team is investigating the incident.

Railways has also announced a compensation of Rs 25 lakh for the families of the workers who died.

The incident comes weeks after the Amritsar tragedy in which 60 Dussehra revellers were mowed down by a passing train.