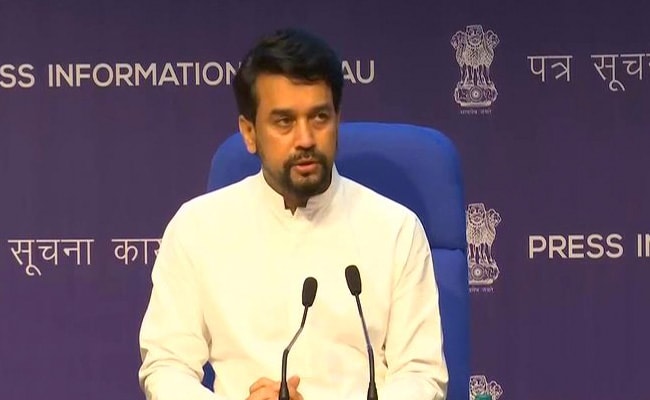 Union Minister for Youth Affairs and Sports Anurag Thakur on Friday said Prime Minister Narendra Modi will meet the athletes of the India Olympic-bound contingent individually when they return home.

"On behalf of Government of India and Prime Minister Narendra Modi, on behalf of 130 crore Indians, I would like to wish all the Indian athletes the very best. The good wishes are behind our athletes, this is our largest contingent where 127 athletes are participating. There is no pressure on them, they should play with free mind, win more medals and we can see high enthusiasm throughout the country," Mr Thakur told reporters on Friday.

Twenty-five members from the Indian contingent will attend the Opening Ceremony to be held on Friday at the National Stadium amid the COVID-19 concerns in the Japanese capital.

Ankita Raina has been added to the list of players who will attend the event on Friday evening while Manika Batra and Sharath Kamal from the Table Tennis team will not attend the ceremony, IOA Secretary General Rajeev Mehta confirmed on Twitter. Amit, Ashish Kumar, Mary Kom are among the eight boxers who will be present at the function along with six Indian officials.