In September, the Supreme Court said Avni could be shot on sight, prompting a flurry of online petitions.

DNA evidence links tigress Avni to 5 of the 13 bodies found in the thickets she inhabited.

Avni, the tigress believed to be responsible for the deaths of 13 people over the last two years, was shot dead in Maharashtra's Yavatmal on Friday night, nearly three months after forest officials launched a massive search operation. In September, the Supreme Court said that Avni or T1, as she is known officially, could be shot on sight, prompting a flurry of online petitions.

"Avni was shot dead by sharp-shooter Asgar Ali, son of famous sharp-shooter Nawab Shafat Ali, at compartment number 149 of Borati forest under the jurisdiction of the Ralegaon police station," a police official said.

Avni is survived by her two cubs who are 10 months old. "Urine of another tigress and American perfume was spread in some part of the compartment, following which Avni came by sniffing it," he said.

"Avni, who was known in Pandharkawda forest area, had killed 13 people over the last two years in the region," the official said.

For nearly three months, a team of 150 people equipped with the latest technology, elephants and so-called expert trackers and shooters were on a quest to find Avni.

The hunt for the tigress was on, with the help of trap cameras, drones, a pack of trained sniffer dogs and a hang-glider along with a team of Forest Department officials in the vicinity of the Tippeshwar Tiger Sanctuary.The forest department had also hired the services of controversial private marksman Shafat Ali Khan. 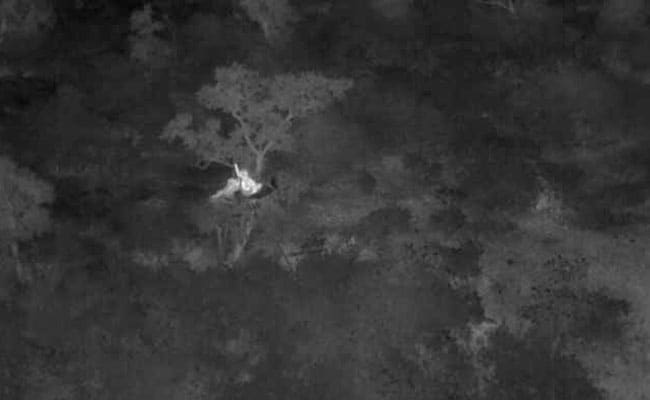 Avni was first spotted in the forests of Yavatmal in 2012. DNA evidence links her to 5 of the 13 bodies found in the thickets she inhabits. Biologists and the Forest Department officials who have surveyed the area over the past few years say that there is only one other tiger there, a male tiger. His DNA was found on one of the bodies.

Last month, the Bombay High Court's Nagpur Bench admitted a petition that sought a stay on plans to kill the tigress and instead capture her alive. Wildlife activist Jerryl A Banait contended that instead of killing her, which will orphan her cubs, the Forest Department should capture her alive, as per the Supreme Court orders on September 11. He described the shooting as "cold-blooded murder".

"Avni was killed illegally satisfying a hunter's lust for blood," said People for the Ethical Treatment of Animals (PETA). It said India's Wildlife Protection Act and National Tiger Conservation Authority rules had been flouted, calling for the matter to be "investigated and treated as a wildlife crime".

Dark day for the nation. Tigress #Avni murdered, likely in front of her cubs. Here's what you can do to call for her killing to be treated as a wildlife crime: https://t.co/9Spc2SxvK0

Avni's body was taken to a zoo in Nagpur for a post-mortem. Despite the disputed circumstances, villages around the town of Pandharkawda celebrated the death with relief.