The armoured truck that followed Abu Jundal to court 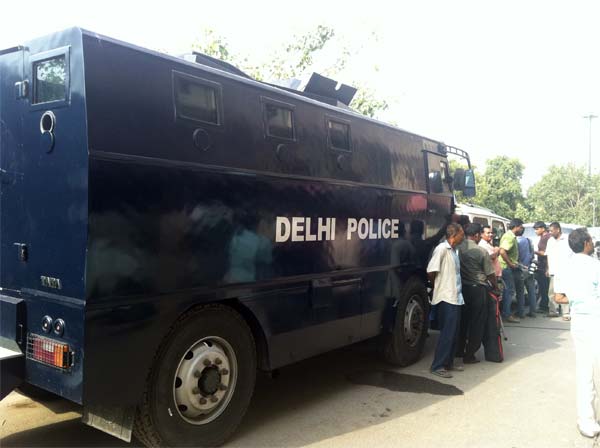 New Delhi: Abu Jundal, the terrorist who played a key role in 26/11, was taken from a police station in Delhi to Safdarjung Hospital today, and then to court. The Delhi Police was granted custody of him for another 15 days.

The terrorist, who is from Maharashtra and was based in a control room in Karachi during the 26/11 attacks, was transported in a Scorpio. The armoured truck shown here followed his car, just in case there was any attempt to attack or rescue him.

Promoted
Listen to the latest songs, only on JioSaavn.com
The Mumbai Crime Branch asked for his custody; they want him to confront Ajmal Kasab, the lone terrorist caught alive in Munbai during 26/11, who is kept in a bulletproof cell at Mumbai's Arthur Road jail. The National Investigation Agency or NIA wanted him too so they could question him about the conspiracy behind 26/11. The Pune police want to interrogate him about his alleged link to the 2010 blast at the city's German Bakery in which 17 people died. A Delhi judge said they would have to wait their turn.

Jundal has been sharing with interrogators details of ISI officers who he says supervised the control room in Karachi from where he along with five other handlers instructed the ten terrorists on the ground in Mumbai about how to strike.