Data from a second RTI request showed that 88 per cent of the 1.54 lakh people, or 1.35 lakh individuals, who fled the Valley since 1990 - were Kashmiri Pandits 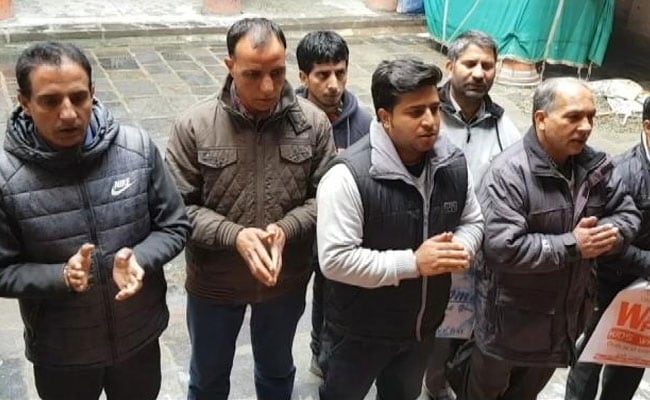 Terrorists in Kashmir killed 1,724 people - of whom 89 were Kashmiri Pandits and the rest were "people of other faiths", including Muslims - over the past 31 years, the Srinagar district Police HQ said last month in response to a RTI request file by a Haryana-based activist.

The information comes after a wave of civilian killings in parts of J&K, including Srinagar, in the past few months, in which Kashmiri Pandits as well as many from other communities, including Muslims, and those from outside the union territory, were shot dead.

The government this month denied the killings had triggered fears among minority communities, although it said "115 Kashmiri Pandit families, mostly women and children, had moved to Jammu".

Data from a second RTI response - filed with the Office of the Relief and Rehabilitation Commissioner (J&K) - showed that 88 per cent of the 1.54 lakh people, or 1.35 lakh individuals, who fled the Valley in the face of rising violence and tension since 1990 - were Kashmiri Pandits.

The rest - 18,735 - were Muslims, the data from the RTI request filed by PP Kapoor showed.

Mr Kapoor has claimed the RTI response omitted details on the number of Kashmiri Pandits rehabilitated, or re-settled since - a key demand of parties in J&K (and major opposition outfits) and a cornerstone of the BJP's arguments for the contentious scrapping of Article 370 two years ago.

However, in March, junior Home Minister G Kishan Reddy told Parliament 3,800 migrants had returned since the '90s to jobs provided by the central government.

In November, the other Junior Home Minister, Nityanand Rai, told Parliament 1,678 migrants had returned since Article 370 was scrapped in August 2019, to take up jobs under the same scheme.

The difference between the numbers who migrated and those returning was pointed out by Farooq Abdullah, whose National Conference passed a resolution. Without naming any party, he said, "Big promises were made by those treating you as a vote bank. They have not fulfilled a single promise."

Other information from the RTI response showed that of those who had fled, nearly 84,000 do not get government relief that is due to Kashmiri migrants; that assistance includes cash payments and a monthly supply of rice, wheat and sugar, as well as aid with infrastructure.

Of those who have received government assistance, nearly 54,000 are Hindus and around 11,000 Muslims, with the rest consisting of Sikhs and those from other communities.

The RTI response from the Office of the Relief and Rehabilitation Commissioner said it did not track, and is not aware of the condition of, migrant individuals and families who had not registered with it.

Those who have registered are eligible for Rs 3,250 per month, as well as nine kg of rice, two kg of flour and a kg of sugar. Over the past 10 years this has added up to Rs 5,476.8 crore on migrant Kashmiri individuals and families, the RTI data showed.