In 1893, Swami Vivekananda visited Hong Kong, then under the British rule, and the busy Chinese port of Canton, now known as Guangzhou. 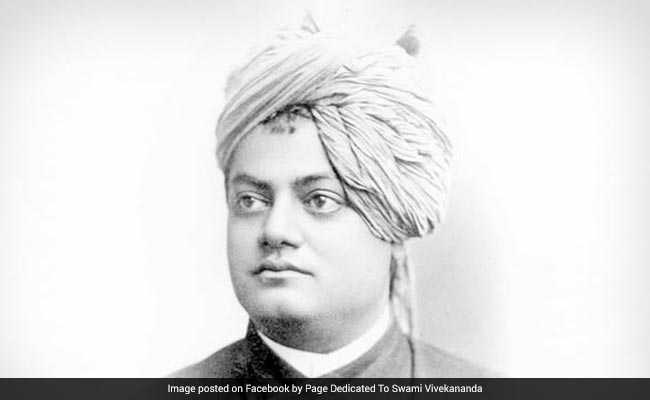 A documentary film on Swami Vivekananda's visit to China

For almost a century, Nobel Laureate Rabindranath Tagore has remained the most popular Indian and one of the most respected foreigners in China but Swami Vivekananda also made a significant mark during his hitherto unreported visit to the Middle Kingdom, according to a documentary.

In 1893, Vivekananda visited Hong Kong, then under the British rule, and the busy Chinese port of Canton, now known as Guangzhou, Beijing-based journalist and author Suvam Pal, who is currently working on a documentary on his short sojourn to China, said. Tagore, who had visited China thrice, has a fanatical following in the country with several people devoting their lives to learn Bengali and English to translate his works.

Tagore along with India's first prime minister Jawaharlal Nehru figured in the 50 foreigners who contributed the most in shaping China's modern development in an opinion poll in 2009 to mark the 60th anniversary of China.

"Interestingly, few people were aware of the fact that Swami Vivekananda had made a brief stopover in Hong Kong and he spent three days there in June 1893," Mr Pal told PTI. "This was during his voyage to the USA ahead of his historic speech at Parliament of World Religions on September 11, 1893," he said.

Mr Pal recently released a micro-documentary-cum-teaser version for the Swami Vivekananda Cultural Centre (SVCC) of the Indian Embassy and Indian Council for Cultural Relations, (ICCR) on his visit.
The bilingual micro-documentary, featuring Mandarin and English, was released by the SVCC on its social media handles, including Twitter and popular Chinese social media platform Weibo to mark the anniversary of Vivekananda's path-breaking Chicago address.

The four-minute presentation also featured some interesting information about Vivekananda's almost forgotten tour of the Middle Kingdom and his appreciation for the Chinese life, history and tradition. Swami Vivekananda had a Chinese name called Bian Xi Fashi, and he was mesmerised by the then newly-built Peak Tram, a heritage funicular service in Hong Kong.

Vivekananda is actually a combination of two words, Vivek, which in Chinese is "Bian" and Ananda, which in Chinese is "Xi", said Professor Wang Zhicheng of Zhejiang University in Hangzhou. "We were very interested since we got to know from Suvam Pal about his project on Swami Vivekananda. Since our cultural wing is named after the legendary Indian, it was always great to promote something about the iconic man," said the first Secretary of the Indian embassy in Beijing Rajashree Behera.

"We always promote cultural exchanges and it always feels great to do something for the iconic man who has been a profound role model for the Indian youth as well as a global icon," she told PTI. Vivekananda had set sail from Mumbai's Gateway of India on May 31, 1893 and reached Hong Kong's Victoria Harbour in late June after brief halts in Colombo, Penang and Singapore.

After his three-day halts in Hong Kong, the spiritual leader continued his voyage through Nagasaki, Osaka, Kyoto, Tokyo, Kobe and Yokohama in Japan before reaching the shore of Vancouver in Canada. He subsequently travelled to Chicago by road from the Canadian city.

While in Hong Kong, he went to Guangzhou by boat and returned to continue his journey. "Swamiji visited China only once and spent three days there. He only saw Hong Kong and Guangzhou, then called on Canton, so the glimpses he gives are fragmentary," William Page, 82, an American teacher associated with the Ramakrishna Mission, said.

"While he was travelling to Chicago to attend the World Parliament of Religions, his ship, the P & O Peninsular, docked in Hong Kong for three days in June 1893. He took advantage of this time to travel the 80 miles (128 km) up the Pearl river to Canton, where he managed to visit one of the Chinese Buddhist temples," Mr Page, who is based in Thailand, said in an article.

Mr Pal said he began working on Vivekananda's journey to China after hearing about it from Chinese Consul General in Kolkata Zha Liyou, who referred to a 2013 article published by Prabuddha Bharat, a monthly journal of the Ramakrishna Mission. Mr Pal said he later travelled to Hangzhou to interview Professor Wang.

"It was quite an enlightening encounter for me as I entered his office and spotted a set of three photographs of Ramakrishna, Sarada Devi and Swami Vivekananda," Mr Pal said. Later, he also got in touch with one of the first Chinese scholars on Vivekananda, Huang Xinchuan, a 92-year-old retired professor from Peking University and writer of 'The Life of Swami Vivekananda in Mandarin'.

Huang Xinchuan worked as a Professor of History at Beijing University and Deputy Director of the Institute of South Asian Studies. He wrote a book, 'The Modern Indian Philosopher Vivekananda', a study, that contains Vivekananda's views on China.

In his address at the Asiatic Society, Calcutta on January 4, 1950, Mr Huang said: "Vivekananda stands out as the most renowned philosopher and social figure of India in modern China. His philosophical and social thoughts and epic patriotism not only inspired the growth of the nationalist movement in India, but also made a great impact abroad," Mr Huang said.