Several prominent Sindhi personalities, businessmen, realtors, industrialists from India and other countries came down to bid adieu to the departed leader. 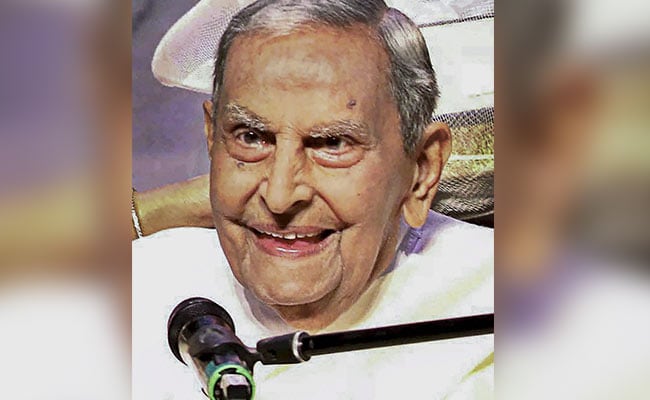 Dada Vaswani, 99, passed away on Thursday morning following a brief illness, barely three weeks ahead of his 100th birthday on August 2.

Earlier, many thousands of people from different religions thronged the SVM to pay their last respects to the departed leader, revered as an ambassador of peace.

The ex-President was seen comforting an emotional L.K. Advani as they both sat besides Dada Vaswani''s body for some time while devotional songs were rendered in the background.

Several prominent Sindhi personalities, businessmen, realtors, industrialists from India and other countries came down to bid adieu to the departed leader.

Dada Vaswani''s nephew, Kumar Vaswani, rushed from the US to join the funeral, besides certain other relatives.

On Friday morning, Dada Vaswani''s body, draped in the National Tricolour, was taken out in an open truck procession from the SVM headquarters to different localities of Pune and Pimpri-Chinchwad to enable a last ''darshan'' to his admirers.

Most areas from where the funeral procession passed observed a spontaneous shutdown as a mark of respect.