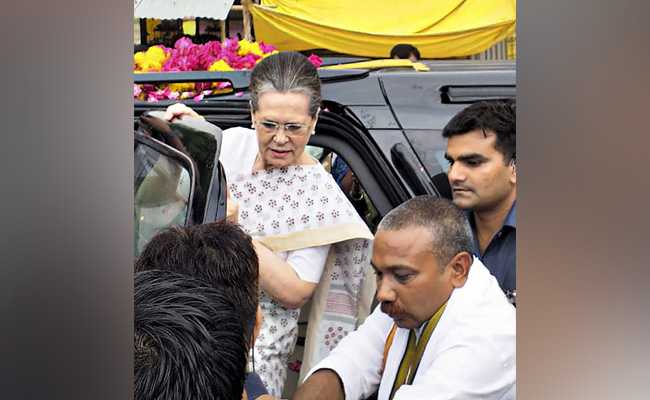 Congress leader Sonia Gandhi attacked the BJP at a rally in her parliamentary constituency of Raebareli yesterday, accusing the ruling party of "crossing limits of dignity" to retain power and deliver a second successive term in office for Prime Minister Narendra Modi.

In her first public address since election results were declared last month, the United Progressive Alliance (UPA) chairperson also alleged that "many types of doubts" had emerged over the country's electoral processes.

"All types of tactics were adopted to woo voters. Everyone in this country knows whether it was moral or immoral of whatever happened in the elections," Ms Gandhi, who was visiting the constituency to thank those who voted for her, said.

Led by Prime Minister Narendra Modi and party chief Amit Shah the BJP claimed an outsized mandate in the 2019 Lok Sabha polls, winning 303 seats on its own and 352 with its NDA allies. By comparison, the Congress claimed just 52 seats and was wiped out in 18 states and Union Territories.

However, the BJP came under fire for some of its campaign strategies, including invoking the Indian Army after the Pulwama terror attack and Balakot air strikes; Uttar Pradesh Chief Minister Yogi Adityanath re-branded the Army as "Modi ji ki sena (Modi's Army)", to the fury of opposition leaders.

"I feel this is the greatest misfortune that limits of dignity are crossed to retain the power," Sonia Gandhi added, also raising questions over the fairness of the electoral process, "In the past few years, many types of doubts have emerged regarding our electoral process."

Ms Gandhi may have been referring to allegations that EVMs were tampered with prior to counting of votes on May 23, leading opposition parties in several states to keep round-the-clock vigils over EVM storage rooms.

The Congress, last month, had also slammed the Election Commission over award of a clean chit to PM Modi for comments made at an election rally in Maharashtra, describing the Model Code of Conduct as "Modi Code of Conduct". The Prime Minister received a total of six clean chits from the poll body, over the course of campaigning, for comments the opposition described as "divisive"

Sonia Gandhi was also accompanied by her daughter and party General Secretary Priyanka Gandhi Vadra, who hit out at Congress workers she felt had let the party down during the polls.