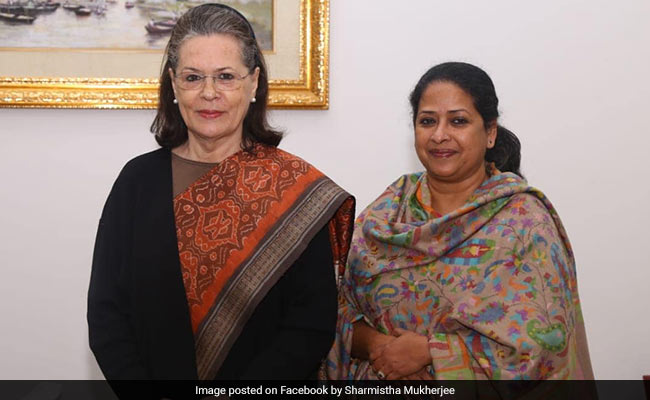 Sharmishtha Mukherjee is the president of Delhi Mahila Congress.

Sharmishtha Mukherjee, who is the Delhi Mahila Congress chief, took to Twitter to thank Sonia  Gandhi and Randeep Surjewala for the appointment.