UP Cops Reportedly Faulted For 'Running Commentary' On Lucknow Operation

Lucknow: Saifullah, the young man who was shot dead on the outskirts of Lucknow in a lengthy operation by commandos yesterday, was a "self-radicalised ISIS operative," the Uttar Pradesh police said today. Along with eight other young men, he belonged to a "self-proclaimed ISIS cell" that had no external support or funding, said senior police officer Daljit Choudhary, adding that they plotted the bombing yesterday on a train in neighbouring Madhya Pradesh that left nine people injured.

Yesterday, as the Anti-Terror Squad executed a 12-hour effort to capture Saifullah alive, it was Mr Choudhary who briefed reporters on the developments. Sources in the union Home Ministry say they are upset with "the running commentary" provided by the UP police.

Today, Madhya Pradesh Chief Minister Shivraj Singh Chouhan spoke of signs of "a handler" being contacted online by a member of the group. The police in his state arrested three members of the same group yesterday, including the alleged mastermind, identified as Atif Muzzaffar. "Paraphernalia shows terrorists' links with ISIS, they sent a photo to handler via social media," said the Chief Minister to news agency ANI. 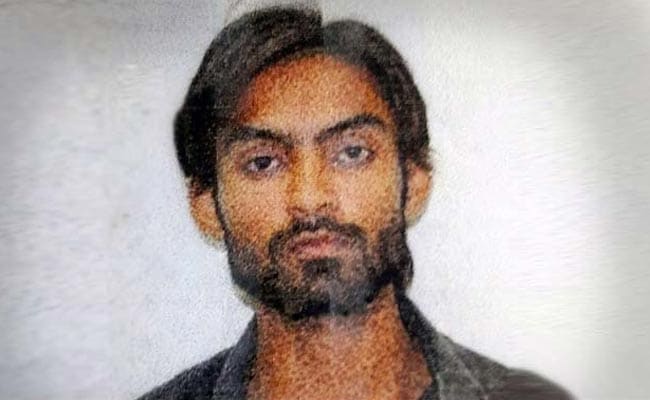 Lucknow encounter: Saifullah, a resident of Kanpur, was shot dead in an encounter yesterday

As the grueling operation to catch Saifullah unfolded in Lucknow in a hideout that his group had rented, UP police sources said they suspected an ISIS link. When Saifullah, originally a resident of Kanpur, was shot, an ISIS flag was found near him. His father, Sartaj, has refused to accept his body today, saying he "cannot make his peace with a traitor."

Promoted
Listen to the latest songs, only on JioSaavn.com
Apart from Saifullah, six members have been arrested, including two of his cousins who lived in Kanpur. The others were caught in Madhya Pradesh, where the group is accused of planting a low-intensity bomb on a train yesterday that injured nine people.

Security camera footage helped identify three men who were caught within hours in Madhya Pradesh; information shared by them led to Saifullah and the other arrests in Uttar Pradesh. The group was planning to attack a shrine in Barabanki, just 29 km from Lucknow, as also the famous Imambara monument, a grand complex that houses a shrine in Lucknow, said sources handling the investigation.